Mooryaan Abdisamad Maalin Mohamoud Sheikh Hassan, TFG's Minister of the Interior should be charged with Treason

update on Somali-land an illegal entity being created by a particular clan (Isaaq) in order to serve personal interests, and as a proxy being used by foreign powers (mainly Ethiopia) in order to keep Somalia divided and weak. 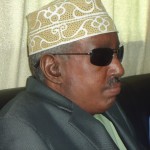