Hillary Clinton at Kasenyi Military Base in Uganda.The United States has provided 12 Raven unmanned aircraft to the ... deployed in Somalia as part of the African Union's AMISOM mission

At Kasenyi Military Base in Uganda, Secretary Clinton introduced the Raven drone aircraft and turned her baby blues toward the heavens for a demonstration of one of them in flight. This caption on one of the pictures of her holding a Raven is amusing. Yes, we know she is Superwoman, but we did not think she could hoist a manned aircraft. (Yes that IS the Raven, not a model. That is the actual plane.)


U.S. Secretary of State Hillary Clinton, holds one of the 12 Raven unmanned aircrafts provided by the United States to the Uganda People’s Defence Forces (UPDF) for use by their troops deployed in Somalia as part of the African Union‘s AMISOM mission, during her visit to Kasenyi Special Forces Group barracks 40km (25 miles) south west of capital Kampala August 3, 2012. 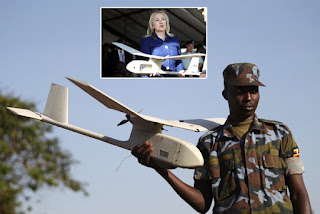 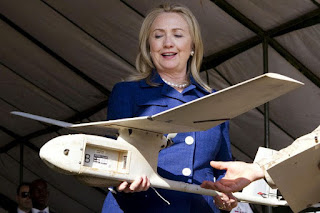 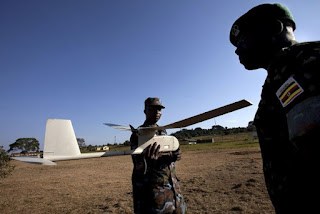 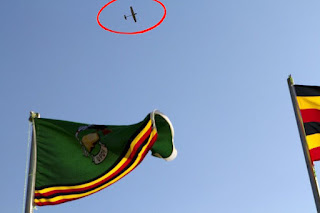