Somali, Amison troops to flush Al-Shabaab out of South Somalia ,Colonel Ali Aden Houmed, Hudur, the capital of Bakool province, "is in our hands and free of al-Shabab". 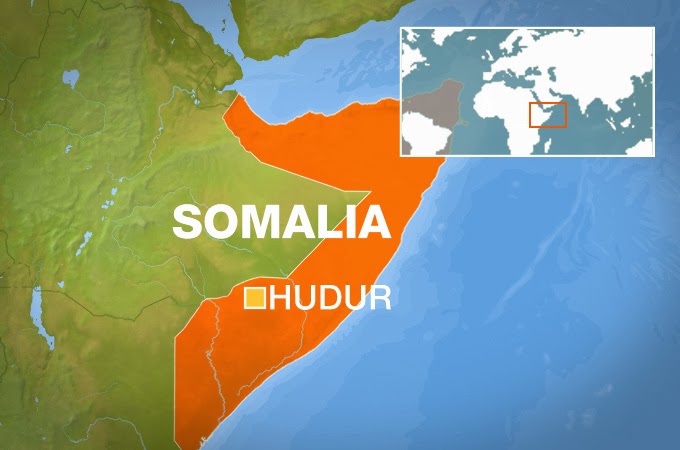 Amison  and Somali forces have taken a strategic regional capital from the al-Qaeda-linked rebel group al-Shabab, a spokesman for the UN-backed soldiers has told Al Jazeera.
Colonel Ali Aden Houmed, a spokesman for the African Union Mission in Somalia, said on Friday that Hudur, the capital of Bakool province, "is in our hands and free of al-Shabab".
Houmed said the rebel group tried to resist before its forces retreated. "They tried to fight, they lost and ran away. Three soldiers from the Somali national army sustained small injuries. No casualty on AMISOM side."
But a spokesman for the rebel group denied those claims.
"Nothing changed. Hudur is still in our hands. They are 10km outside the town. They are shelling the town's residents," said Sheikh Abdiaziz Abu Muscab, the military spokesman for al-Shabab.
Residents fled the town fearing clashes between the fighting groups.
On Thursday, al-Shabab lost the town Bakool town of Rabdhure to Ethiopian and Somali forces, but retook it at night after soldiers withdrew.
"They took the town but could not hold it. It is now under the full control of the mujahideen,"  Abu Muscab said.
Houmed however said his troops had merely withdrawn to the outskirts as part of a usual military strategy.
At least 12 people were killed in the heavy fighting for control for Rabdhure.
Despite losing major towns to AMISOM and government troops, al-Shabab still carries out attacks across the country.
Late last month the group attacked the heavily-fortified Somali presidential palace compound, blasting through a gate with a car bomb and engaging palace guards in a gun battle that left 14 people dead, including nine al-Shabab fighters. The president, Hassan Sheikh Mohamud, was unharmed.
Earlier this year, Mohamud said his country was preparing for a military offensive, led by the expanded 22,000-strong AU force, to drive the al-Shabab out of their remaining strongholds by the end of 2014.
Posted by Unknown at 8:45 PM