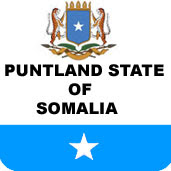 Troops loyal to Puntland government OF SOMALIA took control of Lasqoray city today after Somaliland forces withdrew from the city. Senior administrators of Sanag region under Puntland government said there was no fighting between the two sides in the city. Speaking to media in Bossaso, the Governor of Sanag region Mohamud Said Nur Dabayl said that this was the result of heavy deployment of Puntland forces in Lasqoray which was under the control of Somaliland government. Somaliland troops that withdrew from Lasqoray are reported to have reached the city of Erigavo which is currently under Somaliland administration. It is not clear if Somaliland forces will return to Lasqoray. Reports say Puntland forces are carrying out now military operations in the city. Lasqoray, a coastal city in north-eastern Somalia now appears to be calm and residents are less anxious than when troops from the two sides were facing each other for possible showdown. There is no statement from Somaliland government with regards to the take over of Lasqoray by Puntland troops. There is, however, high tension in the city of Almadow in Ayl region where German citizens are being held captive. Puntland and Somaliland administrations are at odds on control of several areas in their border. Each side claims rights to govern those areas under different reasons. Puntland is a semi-autonomous region in north-eastern of Somalia while Somaliland declared independence from Somalia in 1991 although no government has recognized it yet.
Posted by Unknown at 9:57 AM