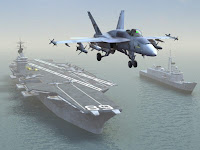 By Donna Leinwand, USA TODAY
The U.S. and international military forces are taking more aggressive action off the African coast as bolder and more violent pirates imperil oil shipments and other trade.http://www.usatoday.com/news/world/2008-07-20-pirates_N.htm?csp=34
Puntland says it will to root out piracy along its coast
The regional administration of Puntland has announced to combat pirates who attack ships along its coast.Puntland's Minister of Ports and Fishing told the media that his government has decided to fight pirates in order to make Puntland's coast safe. "The world is pointing finger at us [Puntland], and expressing concern over the safety of the Somali coast. We want to do something about this matter," said the minister.Commenting about a ship still being held by pirates along the coast of Puntland, the minister said that they would it free without the payment of ransom soon. Puntland had earlier accused western countries of encouraging piracy along Somalia coast by paying huge amount of money for the release of their hijacked ships, saying this undermines Puntland's efforts of combating piracy. Western countries recently paid ransom for the release of two ships held by pirates along Puntland's Eyl coast for about a month.