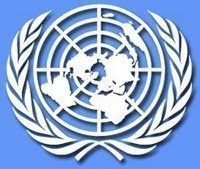 UNITED NATIONS (AFP) - The Security Council voted unanimously Wednesday to end the UN monitoring of the festering border dispute between Eritrea and Ethiopia but urged the bitter rivals to refrain from any use of force. The 15-member council adopted a Belgian-drafted resolution that terminates the mandate of the 1,700-strong UN mission monitoring the border dispute (UNMEE), which expires Thursday.The text calls on the two Horn of Africa rivals "to show maximum restraint and refrain from any threat or use of force against each other and to avoid provocative military activities."The council decision came in response to crippling restrictions imposed by Eritrea on the operation of UNMEE and Ethiopia's refusal to recognize a binding verdict by an international boundary panel that granted the flashpoint border town of Badme to Eritrea.Under a 2000 Algiers peace deal which ended their two-year border war, Eritrea and Ethiopia had pledged to accept as "final and binding" a verdict by the panel on their dispute.Resolution 1827 stresses that the termination is "without prejudice to Ethiopia and Eritrea's obligation under the (2000) Algiers agreements

His Excellency Ambassador Samuel Assefa Interview with BBC on the UN decision to terminate UN Ethio-Eritrea Mission. Interview
Posted by Unknown at 11:17 AM