Pakistani Soldiers Saved U.S. Marines In Somalia, Now They Want To Train Us! 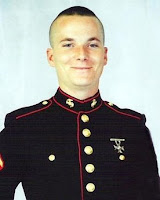 Americans are trying to give an impression that Pakistan Army and Frontier Constabulary is not trained and they will train them. Gen. Kayani, please tell them it was these very Pakistani soldiers who saved American soldiers in Somalia from militants and not vice versa. Lesson learnt is, “No Panga [don’t mess] with Pakistan. It will be fatal.” A big majority of Pakistanis consider China and Saudi Arabia as their true and sincere friends. Any government military or civil which will work against it is bound to fail. ISLAMABAD, Pakistan—Mr. Barak Obama, the American presidential candidate, wants us to believe that America has been helping Pervez Musharraf. He has said, “The Bush administration has been helping Musharraf against the wishes of Pakistani people.”
If this statement represents Mr. Obama’s vision of international issues then God help America if he is elected. Everyone must understand that USA has never helped Pakistan since 1947. She has always helped the rulers here against the wishes of the people of Pakistan to achieve their international goals. They helped Ayub Khan, and in return were given the Bada Bair Air Base near Peshawar. Then the American U-2 planes breached Soviet airspace took place and embarrassed Pakistan and Ayub Khan asked Americans to leave. They left, closed the air base and later Ayub Khan also left. Gen Zia used them

and they used him against Soviet Union. He completed nuclear program of his country. When the job was done he died in the plane crash. It was also against the wishes of major political parties and political leaders.
If you read about the Afghan policy of Gen. Zia and the deal between Gen. Zia and USA in the book titled, “The Power Struggle in Hindukush” by retired Lt. Gen. Kamal Matin-ud-Din, you will find this fine excerpt: “General Zia knew that Pakistan is the only turf now on which USA could play ball in this region. “You take Pakistan out of this region and you will find that you have not one inch of soil where America can have influence,” said Zia in March 1980. He made use of the new situation on his border to strengthen his armed forces and in the process to ensure his own survival. He taunted the Americans by saying “When you lost Vietnam you went home and cried. When the Soviets were kicked out of Egypt they went to Libya,” a hint to Washington that it should have diverted it’s military assistance to Pakistan. Pakistan once again was willing to act as the cat’s paw in the superpower rivalry albeit for its own national interest. The Americans on their part forgot their previous allegations of violation of human rights in Pakistan. The nuclear nonproliferation issue, which was a major irritant in U.S.-Pak relations, was put on the back burner. The tilt towards the ‘largest democracy in the world’ was adjusted by giving equal importance to Pakistan’s security. The U.S. arms embargo against Pakistan was lifted. USA reaffirmed the 1959 Karachi agreement. Pakistan was now again an ally of the USA, a bulwark against communism and counterweight to pro-Soviet India. Pakistan’s $5.1 billion debt was re-scheduled taking into consideration the country’s precarious situation since the Soviet move into Afghanistan.
The Peoples Republic of China, a trusted friend of Pakistan and an adversary of Soviet Union, declared its full support to Pakistan. So did Saudi Arabia, Egypt and some other conservative Muslim States.”
When the job was done Zia’s plane crashed. Musharraf did the same though against the wishes of the people of Pakistan. USA accepted his military regime and always said, “It is Pakistan’s internal matter.” When he did not allow them to cross the circle he was removed.
Where are the people of Pakistan? Present democratic government is not supported by majority of the people of Pakistan as far as their foreign policy is concerned. Though they are trying to get the rubber stamp from the parliament, it will fail. A big majority of Pakistanis consider China and Saudi Arabia as their true and sincere friends. Any government military or civil which will work against it is bound to fail. No body can fight with people of Pakistan and Afghanistan, government and people of China and Iran in this region.
Leaders stumble because of wrong assessment and appreciation of the situation: Hitler’s marshals made him believe that they will capture Russia without much resistance but their tanks bogged down in Siberia. Indian Commanders misled P.M Shastri in 1965 that they will have afternoon tea at the Lahore Club on Sept- 6, 1965. American Leaders were misled in Vietnam, Iraq and Afghanistan. Brezhnev was led to believe by his army marshals that the whole operation would be over in a few days and pro-Soviet regime would be firmly placed in Kabul without much loss of blood, as happened in Bundapest (1956) and in Prague (1968).
Let me tell you the actual problems of these leaders. They do work on tangibles i.e. known facts, how much is the army air force and navy of a country, FE Reserves, fuel, arms and ammunition etc. They totally ignore the non-tangibles i.e. the quality of the people of a motherland and their spirit to defend their homeland. They expect them to offer flowers to the invaders. Instead they get the bullets. It should be known to anyone and everyone that you can only win against guerilla war if the people are with you. Americans are trying to give an impression that Pakistan Army and Frontier Constabulary is not trained and they will train them. Gen. Kayani, sir, please tell them it was these very Pakistani soldiers who saved American soldiers in Somalia from militants and not vice versa. Lesson learnt is, “No panga [don’t mess] with Pakistan. It will be fatal.”
Posted by Siad barre at 3:09 PM