Taking The War To The Terrorists 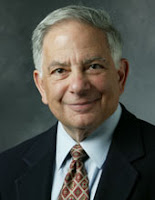 Who could have guessed when the campaign for president began that the candidates would argue in their first debate over whether to announce an intention to kill terrorists in Pakistan, or to "do what is necessary" without the announcement?
Yet there was Barack Obama, who opposed the surge in Iraq, where he promised a "responsible" withdrawal, promising a surge in Afghanistan with targeted killings of Taliban and al-Qaida leaders in Pakistan. He defended his position on the grounds that the U.S. has the right to prevent attacks from Pakistan because that government is either unwilling or unable to do so itself.
Not long ago, Democratic candidates competed over who would get America out of Iraq fastest. The idea of committing the nation to victory in Afghanistan, by taking the war into Pakistan, seemed unthinkable. Antiwar Democrats must be in despair, except of course for those who do not believe Obama means what he said. more..http://www.forbes.com/opinions/2008/10/07/terrorism-international-law-oped-cx_as_1008sofaer.html
Police Release Terror Suspects in Bonn
http://www.spiegel.de/international/germany/0,1518,582865,00.html
Posted by Unknown at 8:37 AM