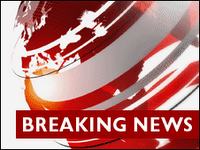 MOGADISHU, Somalia: A Somali official named prime minister last week resigned Wednesday, saying his controversial appointment was preventing the feuding government from fighting a strengthening Islamic insurgency. Officials in the war-ravaged nation have spent most of their time fighting each other instead of Islamic insurgents that American officials fear are linked to al-Qaida.
The infighting ca 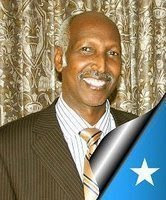 me to a head last week when the Somali president unilaterally dismissed Prime Minister Nur Hassan Hussein and appointed a new one, Mohamed Mohamud Guled. The country's parliament refused to approve the move, which was quickly condemned by the United States and neighboring countries.
The dispute left unclear which prime minister was in charge.
"I have resigned for the common interest of the people and to end the infighting among the government," Guled told reporters in Baidoa. "I want the government to remain in power and differences among its leaders to be sorted out." more..http://www.iht.com/articles/ap/2008/12/24/africa/AF-Somalia.php
TIMELINE
Somalia's President and PM decide to resign
http://www.alertnet.org/thenews/newsdesk/LO339825.htm
Somali President May Quit, Advisers Say
http://www.washingtonpost.com/wp-dyn/content/article/2008/12/24/AR2008122402380.html?hpid=moreheadlines
Posted by Unknown at 6:27 AM