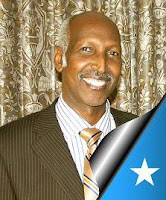 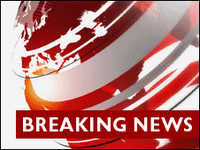 new somali prime minister Former Interior Minister Mohamed Mohamud Guled.. Two years ago he was minister when Ethiopian troops ousted an Islamist group ICU. Yusuf announced on Sunday he was sacking the prime minister and the entire cabinet because they had failed to bring security to the nation,

GAROWE, Somalia Dec 20 - Somalia's new Prime Minister-appointee, Mr. Mohamed Mohamud "Gamodheere," has denied media reports that Prime Minister Nur "Adde" Hassan Hussein won a vote-of-confidence in Parliament on Dec. 15, reports."There was no vote and I was there inside Parliament and you can [it] on pictures and on television," Gamodheere said during a Friday interview with Puntland-based Radio Garowe.Mr. Mohamed Gamodheere, Somali PM-appointeeHe was openly critical of Sheikh Adan "Madobe" Mohamed, the Speaker of Parliament, for allegedly violating the country's constitution and parliamentary bylaws."The dispute within Parliament was caused by the Speaker who violated the constitution," Gamodheere said, adding: "He [Speaker Madobe] attempted to make decisions without consulting lawmakers, which divided the Parliament." According to Mr. Gamodheere, Prime Minister Nur Adde's term in office ended on November 23 when his one-year governing mandate expired.He rejected recent reports that the Somali Parliament has started impeachment proceedings against President Yusuf, saying: "The President can be impeached, but the law must be followed in doing so."He described the long impeachment process, starting with a document from Parliament to the High Court requesting a case be opened against the President.The High Court must then investigate the charges and, if sufficient evidence is found against the President, allow the Parliament to begin impeachment proceedings, Gamodheere said.He also dismissed reports that Nur Adde enjoys the support of the international community."Kenya's foreign minister has spoken but the Kenyan government denied what he said," Gamodheere said, while referring to Kenyan Foreign Minister Moses Wetangula's remarks that the Kenyan government will "impose sanctions" on the Somali leader.Gamodheere expressed much optimism that Somali MPs will approve his appointment, saying: "I have no doubt that I will receive the vote-of-confidence
Posted by Siad barre at 11:19 PM