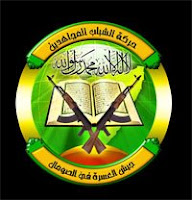 Introduction
Al-Shabaab (aka the Harakat Shabaab al-Mujahidin, al-Shabab, Shabaab, the Youth, Mujahidin al-Shabaab Movement, Mujahideen Youth Movement, Mujahidin Youth Movement), is an Islamic organization that controls much of southern Somalia, excluding the capital, Mogadishu. It has waged an insurgency against Somalia's transitional government and its Ethiopian supporters since 2006. Originally the militant wing of the Islamic Courts Union, the group that controlled Somalia prior to the country's invasion by Ethiopian forces, Shabaab leaders have claimed affiliation with al-Qaeda since 2007. Though most analysts believe Shabaab's organizational links to al-Qaeda are weak, in February 2008 the United States added the group to its list of foreign terrorist organizations. Shabaab's strength has growth since then, but many experts say the withdrawal of Ethiopian forces from Somalia in January 2009 could diminish the group's basis for popular support.
Leadership and D 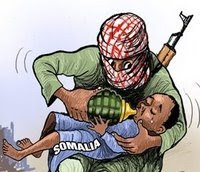 ivisions
Shabaab is nominally led by Sheikh Mohamed Mukhtar Abdirahman "Abu Zubeyr," though experts say a core group of senior leaders guide its actions. The group is divided into three geographical units: Bay and Bokool regions, led by Mukhtar Roobow "Abu Mansur," the group's spokesman; south-central Somalia and Mogadishu; and Puntland and Somaliland. A fourth unit, which controls the Juba Valley, is led by Hassan Abdillahi Hersi "Turki," who is not considered to be a member of Shabaab, but is closely aligned with it. These regional units "appear to operate independently of one another, and there is often evidence of friction between them," says a December 2008 UN Monitoring Group report.
Estimates of Shabaab's size vary, but analysts generally agree that the group contains several thousand fighters, many of whom are from the Hawiye clan. The group has been able to expand its footprint in Somalia with relatively small numbers for two reasons: Somalia hasn't had a central government since 1991; and many of the clan warlords that filled the power vacuum have proven willing to cooperate with Shabaab, at least in Somalia's south. Shabaab has engaged in forced recruitment among Somalis, so it's unclear how many members of the group truly believe the organization's ideology. Experts say the number of rank-and-file members is less important than the number of hardcore ideological believers, which could range between three hundred and eight hundred individuals. Foreign fighters have traveled to Somalia to fight with Shabaab, as have Somalis from the United Kingdom and the United States. The FBI says as many as two dozen Somalis have disappeared from Minneapolis in the past two years; FBI director Robert S. Mueller III says one of these individuals was a suicide bomber in an October 2008 attack in Somalia.
Some experts say there are deep divisions within Shabaab. In a February 2009 report for the Enough Project, Somalia expert Ken Menkhaus writes that, "The shabaab faces multiple internal divisions--over clan, leadership, tactics, and ideology--which a new unity government can exploit to convince parts of the shabaab to abandon the movement and gradually outmaneuver, marginalize, and defeat the core hardliners." Each unit of Shabaab is led by individuals who must combine their ideological aims with pragmatic considerations of different clan-based agendas. It's important to "focus on what they do, not what they say," writes Menkhaus.
Roland Marchal, senior research fellow of the National Center for Scientific Research in Paris, says that reports of increasing divisions within Shabaab are overstated. They are "based on the assumption that they were once united," he notes. However, he says the organization must decide "to what extent they want to accommodate the Somali society and to what extent they want to keep the ideology they have developed."
Tactics and Motivations

Shabaab's tactics have evolved over time. When it began its insurgency in late 2006, it used classic guerrilla tactics--suicide bombings, shootings, and targeted assassinations--to oppose the Somali government and what it perceives as its allies, from aid groups to the Ethiopian military to African Union peacekeepers. Much of the violence was concentrated in Mogadishu; battles between the Ethiopian military and Shabaab in August 2007 caused roughly 400,000 people to flee the city.
In 2008, Shabaab began to reach out to the Somali public with a series of town visits. A December 2008 International Crisis Group report describes these outings as "well choreographed, with clerics addressing public rallies and holding talks with local clan elders." Shabaab would hand out food and money to the poor, give criminals quick trials with "mobile sharia courts," and attempt to settle local disputes. As the group sought to take control of towns in southern Somalia, it began to use political strategies as well. Before a particular town was captured, insurgents had meetings with local clan leaders to convince them that their intentions were good. By February 2009, Shabaab controlled most of southern Somalia, as depicted in this map by The Long War Journal. However, the group continued to launch suicide attacks. In February 2009, Shabaab killed eleven Burundian soldiers in the deadliest attack on AU peacekeepers since their deployment and engaged in heavy fighting that killed at least fifteen people in Mogadishu.
Experts say Shabaab's methods and ideologies aren't necessarily consistent with one another. According to Marchal of the National Center for Scientific Research in Paris, "Shabaab has tried to evolve from a group that has a purely militaristic approach to a group that pretends to rule and wage jihad at the same time." On the one hand, the group espouses a strict form of Islam, Salafi/Wahhabism, and websites for the group claim to be waging jihad against infidels. On the other hand, Shabaab has extended its political power in southern Somalia through pragmatic means, not radicalism. It has imposed sharia law in some of the towns it controls, such as Baidoa, but "imposing the puritanical brand of Islam it espouses...would quickly alienate many Somalis," says the International Crisis Group report.
Links to al-Qaeda..more...http://www.cfr.org/publication/18650/alshabaab.html?breadcrumb=%2Fissue%2F135%2Fterrorism
Posted by Unknown at 10:47 AM