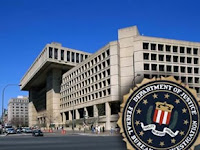 FBI Director Robert S. Mueller III today warned that extremists “with large agendas and little money can use rudimentary weapons” to sow terror, raising the specter that recent attacks in Mumbai that killed 170 people last year could embolden terrorists seeking to attack U.S. cities.
At a speech to the Council on Foreign Relations in Washington, Mueller said that the bureau is expanding its focus beyond al-Qaeda and into splinter groups, radicals who try to enter the country through the visa waiver program and “home-grown terrorists.”
“The universe of crime and terrorism stretches out infinitely before us, and we too are working to find what we believe to be out there but cannot always see,” Mueller said.
One particular concern, the FBI director said, springs from the country’s background as a “nation of immigrants.” Federal officials worry about pockets of possible radicals among melting-pot communities in the United States such as Seattle, San Diego, Miami or New York..more..http://www.nationalterroralert.com/updates/2009/02/23/fbi-director-warns-of-terror-attacks-on-us-cities/
Posted by Unknown at 1:39 AM