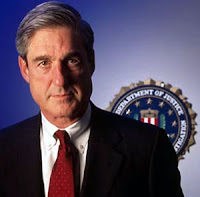 ainst terrorism, a reality underscored last October when a man from Minnesota traveled to Somalia and blew himself up in a suicide bombing.Shirwa Ahmed, a naturalized U.S. citizen, was radicalized and recruited into a Somali militant group near his hometown of Minneapolis, according to the FBI. He then traveled to Somalia and was driving a truck filled with explosives during an attack in northern Somalia, making him the first known U.S. citizen to carry out a terrorist sui

cide bombing, said FBI Director Robert Mueller. Several of Ahmed's associates, also from Minnesota and affiliated with a Somali militant group, have left the country and are still unaccounted for, according to federal law enforcement and counterterrorism officials..more..http://www.usnews.com/articles/news/national/2009/02/24/fbi-to-focus-on-immigrant-outreach-after-us-citizen-stages-suicide-bombing-in-somalia.html
Posted by Unknown at 11:55 AM