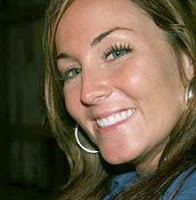 alists is being held in Huriwa neighborhood in north of Mogadishu where it is under the control of the warlord Yusuf Mohamed Siad Indha-Adde,” (SAVAGE HAWIYE) habargidircayr/habar-gidir hawiye clan the statement said calling for Indha-Adde to honestly help release the journalists.The Association lastly asked for the Hawiye clan elders to stand for the safety of foreign journalists from the hands of the gangs.The journalists were kidnapped between the Afgoye district and the capital city with their Somali photojournalist, Abdifatah Mohammed Elmi, who was acting as a translator for the two August 2008 by unknown militiamen.They had been returning from interviewing locals in the Afgoye district when they were abducted. Abdifitah later was released after months of been held as hostage
Somali