The Real Truth is  Both of them have some kind of connection with al-shabaab Terrorist radical Islamic group
“We report, you decide”Tribal Entity  separatist finger pointing 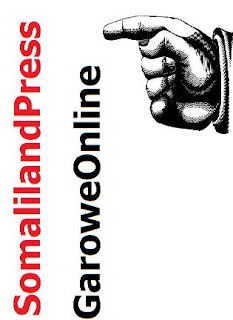 latest PR from garoweonline
A Cabinet minister in Somalia's Puntland government has disclosed information that soldiers working for the separatist government of Somaliland in northwest Somalia fought alongside Al Shabaab insurgents, Radio Garowe reports.
Puntland Livestock Minister Said Hassan Shire told a press conference in the Puntland capital of Garowe that there is "lots of misinformation" circulating about the Galgala conflict between Puntland government forces and militants linked to Al Shabaab insurgent group in southern Somalia.
"I am holding this press conference to clarify three main issues," Minister Shire told reporters in Garowe.
He underlined that some reports attempted to portray the Galgala conflict as a "clan war", saying: "I am from Galgala and there was no clan war. The war was strictly between Puntland troops and Al Shabaab militia who want to threaten our peace and security."
Puntland's livestock minister, who belongs to the same sub-branch as anti-Puntland rebel chief Mohamed Said Atom, told reporters that Puntland troops "liberated Galgala" from Al Shabaab militants.
Mr. Atom, who has been on the run from Puntland authorities since July, is on U.S. and U.N. security watch-lists for arms smuggling and links to terrorist groups, namely the Al Qaeda-affiliated Al Shabaab insurgents in southern Somalia.
Puntland officials, including President Abdirahman Farole, believe that Atom fled to safety in parts of Somaliland, a charge denied by Somaliland's information minister who called Atom a "terrorist".
Minister Shire said the second point is information that attempted to portray the Galgala conflict as an armed dispute over minerals, saying: "Some have falsely claimed that the Galgala conflict is about minerals. I want to state that Puntland has no current or future plans to extract minerals [from Galgala]."
The minister admitted that Puntland's former administration, under President Adde Muse, was involved in armed clashes over an exploration project in Galgala area several years ago.
But he adamantly dismissed suggestions that today's conflict is related to that conflict back in 2006.
"The insurgents in Galgala came from all regions of Somalia, not one local clan that is defending minerals," Minister Shire declared.
Finally, Puntland's livestock minister accused the neighboring administration of Somaliland of aiding and supporting Atom's armed group, echoing the words of Puntland President Farole who called on Somaliland to "act against terror groups" active inside Somaliland.
"As revealed by our [Puntland] intelligence agency, more than 70 soldiers who received salary from Somaliland government fought alongside Al Shabaab during the Galgala conflict ... some of them died in the conflict," Minister Shire concluded.
Puntland and Somaliland are two peaceful regions in northern Somalia that have enjoyed relative stability compared to 20-years of armed conflict in southern Somalia.
However, the two regions have a military dispute over Sool and Sanaag regions that worsened when Somaliland troops militarily seized Las Anod city in 2007.
In recent months, Somaliland and Puntland officials have spoken of security cooperation in the face of a common threat in Al Shabaab militants who want to wreak havoc across all corners of Somalia. garoweonline 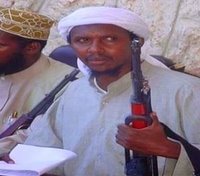 What wonder full shame for Bosaaso and Faroole authority, they are forgetting that they are the real share holders of the pirates and drug dealers and they are accusing for Somaliland that Somaliland troops are supporting Al-shabaab its clear that they start war propaganda on the other hand always the use to say Badhan and Warsangali are ours and we are Harti and now they are saying they are Al shabaab and Al qaacida can we say why they are black mailing Warsangali, yes they need to collect the patrician stones in Minjayahan, and they don't care the dignity of Warsangali.