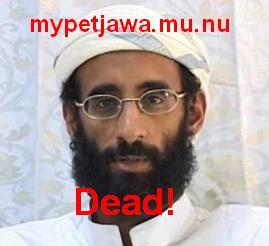 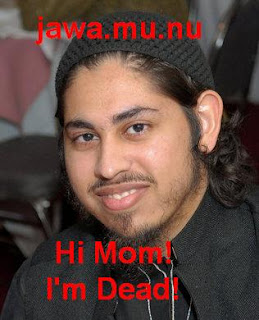 Fox News has learned that two Predator drones hovering above al-Awlaki's convoy fired the Hellfire missiles which killed the terror leader. According to a senior U.S. official, the operation was carried out by Joint Special Operations Command, under the direction of the CIA.

President Obama called the strike a major "milestone" in the fight against Al Qaeda and its affiliates.
"The death of Awlaki is a major blow to Al Qaeda's most active operational affiliate," Obama said Friday. "He took the lead in planning and directing efforts to murder innocent Americans ... and he repeatedly called on individuals in the United States and around the globe to kill innocent men, women and children to advance a murderous agenda."
Read more:Two U.S.-Born Terrorists Killed in CIA-Led Drone Strike
Posted by Unknown at 9:47 AM