Kenya attack: danger from many sides : Tourists at risk along Kenyan-Somali border where British couple were attacked by suspected pirates or terrorists. Kenyan police suspect Somali link after kidnap and murder of British couple 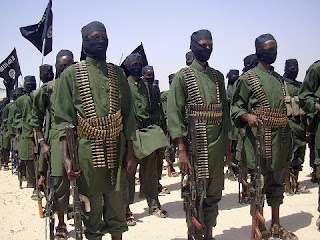 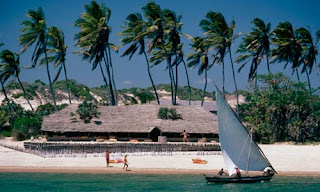 Pirates or terrorists from Somalia are thought likely to be the main suspects in the attack on Sunday on British tourists at an exclusive Kenyan beach resort. The combination of murder and abduction suggests an attempt to extort money rather than robbery. Three aid workers were kidnapped by Somali militia in Kenya, in July 2009, and two western nuns held in November 2008. Foreigners are usually freed for a ransom.

Kismayo, al-Shabaab's stronghold, is 80 miles north of the lodge where the British couple were staying. But Kenyan police described the perpetrators as "bandits," the BBC reported.
The Foreign Office warned of there being "a high threat of clashes between the Kenyan military and armed Somali groups along the border", citing recent attacks on Mandera by Somali militias; heavy fighting was reported over the weekend between al-Shabaab and Somalia's transitional federal government forces near the town. Casualties were confirmed on both sides as fighting continued to affect the border town of Burahashe.
Australia's foreign affairs ministry describes a "high risk" of kidnapping against westerners in Kenya and Somalia. A French yachtsman was killed by Somali pirates last week, while his wife was rescued by the Spanish navy. A Danish family of five, including three children, and two crew were released by pirates after being held seven months.
Kenyan police had been on high alert for the anniversary of the 9/11 attacks. Kenya had its own bitter experience of transnational terrorism in 1998 when al-Qaida bombed the US embassy in the capital Nairobi. The country's proximity to Somalia led it to being under scrutiny as prone to terrorism financing.

• This article was amended on 12 September 2011 to remove the suggestion that Lamu island had been racked by civil war, an error that was introduced at the editing stage. Guardian News