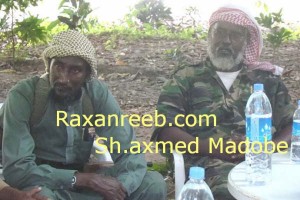 Al-Shabaab leader Ahmed Abdi Godane has admitted publicly that his group's fighters have been defeated in a series of recent battles in Somalia.

"This year comes as the crusade against Islamic rule in Somalia has been mounting and the crusader enemy has intensified its military, security, political and media capabilities to dim the light of sharia and defeat Islamic rule," he said in an audio message released Tuesday (December 11th) by al-Kataib Foundation, al-Shabaab's media centre, and other websites affiliated with the group. Godane, also known as Mukhtar Abu al-Zubair, announced that al-Shabaab will resort to guerrilla tactics..read  more
Posted by Unknown at 2:43 PM