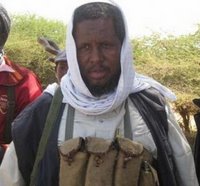 Mohydin would like also to see a return of peace in his country so that he can return. For now, the exiled journalists living in Kenya have formed an umbrella organization, Somali Exiled Journalists Association. But they are waiting for a new level of stability under the new government—so they can get back to work.
Posted by Unknown at 7:05 AM