Why are journalists being denied access to the ‘liberated’ Kismayu? 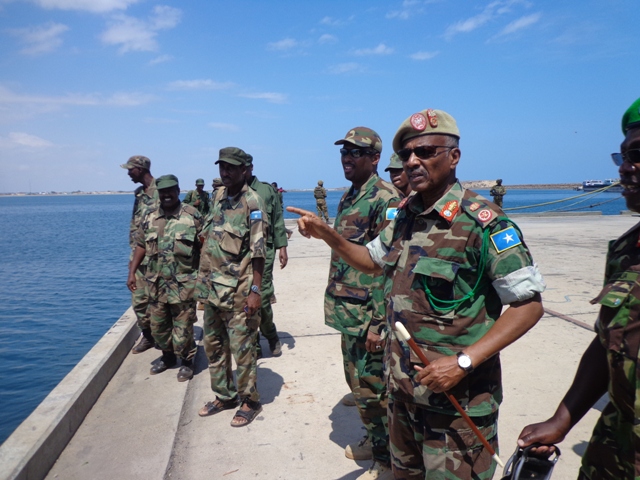 After nearly a year of regaling the media with success stories about their incursion into southern Somalia, the Kenya Defence Forces seem to have suddenly gone silent now that they have reached their prize target — the port city of Kismayu.
There are no media briefings about the situation in Kismayu; even the military’s articulate spokesperson, Cyrus Oguna, appears to have gone on leave.
Not only does the world know little about the goings-on in Kismayu, but it seems that the Kenyan forces, along with their Somali counterparts, the Raas Kamboni militia, which helped eject Al Shabaab from the city, are preventing journalists from entering the city.
Last month, Al Jazeera correspondent Peter Greste was holed up at Kismayu’s airport for three days because the so-called interim administration there would not allow him to enter the city.
Greste, writing for his blog from the airport noted: “Kismayu has been an elusive story, ever since the Kenyan military successfully pushed Al-Shabaab out.”
Some media organisations have suggested that the denial of media access to Kismayu might have something to do with the lucrative charcoal trade that sustained Al-Shabaab when it controlled the city.
The nearly four million sacks of charcoal (worth millions of dollars) found in Kismayu by the Kenyan and Somali forces have become a political issue, with Kenya-led forces insisting that they should be exported, and the government of President Hassan Sheikh Mohamed saying a UN ban on its export should remain and no decision should be made until there is a proper administration in Kismayu.
However, according to The Economist, despite the ban, a dozen or so ships carrying charcoal have already sailed from the port.
It is not clear who is in charge of the port or which authority collected taxes from the exports; The Economist believes the port is run by “a chaotic security committee on which Kenyan, Ethiopian and several competing Somali clan factions all joust”, but no journalist, as far as I know, has met this committee.
At the heart of the tussle about the charcoal is the question of who controls Kismayu and the larger Jubaland region.
The Kenyan and Raas Kamboni leadership, backed by the Ethiopia-dominated Intergovernmental Authority on Development (IGAD), appear to be pushing for a semi-autonomous Jubaland state that would be largely independent of the central government.
President Mohamed, however, says his government should play a role in the region’s administration.
Unfortunately, the positions of both sides may create conditions for another conflict. Many Somalis are suspicious of the motives of Kenya and Ethiopia, countries seen to be creating a proxy state. Some are even calling for the deployment of Ugandan troops to Kismayu and withdrawal of Kenyan forces.
Journalist and researcher Abdi Aynte believes there is a middle-ground solution to the impasse. In a recent article, he argued for the formation of a two-year interim administration in Kismayu, led by Kenya-backed Raas Kamboni. On its part, Raas Kamboni should merge its militia with the Somali National Army.
This, he says, would allow the central government to control security in the region, while Raas Kamboni would take charge of the regional administration. Failure to achieve common ground over the administration of Kismayu would spell disaster for Somalia.
In the last two decades, various factions have sought to control the capital of Somalia’s richest and most fertile region because the region and the port were seen as lucrative revenue earners.
Kismayu has also been the port of choice for smugglers bringing in goods that invariably find their way into neighbouring Kenya.
Aynte warns that those seeking to control Kismayu should tread carefully as it has been “the graveyard of many Somali powers”, including Al Shabaab
Preventing journalists from reporting from Kismayu only adds to the mistrust brewing between the so-called Jubalanders and the new central government, whose delegation was recently turned away from the airport by the forces controlling the city. by -Rasna Warah
rasna.warah@gmail.com
Posted by Siad barre at 9:35 PM