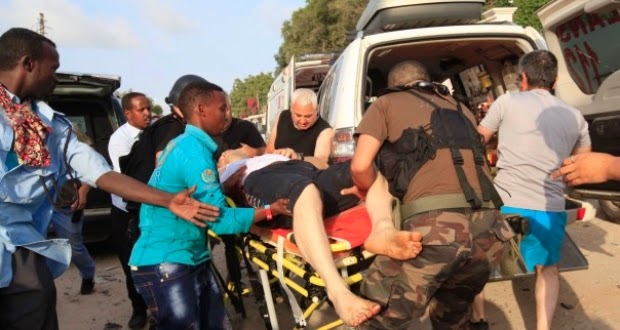 A Turkish man was shot dead on Tuesday in Mogadishu when  Al-Qaida's East African wing gunmen attacked the car he was traveling in with a senior manager from Turkish Airlines, a spokeswomanfor the national carrier said.
Saadettin Dogan, security chief at a company providing services to Turkish Airlines, died after suffering a head wound, the spokeswoman said.
An official at Turkey's Foreign Ministry also confirmed the death of a Turkish national in what was the second attack targeting Turks in Mogadishu in less than a year.
In July 2013, a car loaded with explosives rammed into an office housing Turkish embassystaff in the Somali capital, killing three people. The attack was claimed by Islamist al Shabaab rebels.
Somalia is attempting to rebuild itself after two decades of civil war and lawlessness, triggered by the overthrow of president Siad Barre in 1991.
The fragile government is being backed by international aid aimed at preventing it from becoming a haven for al Qaeda-style militants in east Africa.
Turkish Prime Minister Tayyip Erdogan became the first non-African leader to visit Somalia in nearly 20 years when he traveled there in 2011.


Turkey is a key ally of the Somali government. It was
Posted by Unknown at 8:02 AM