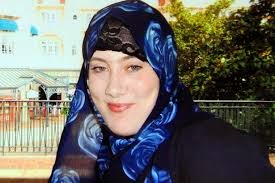 Wanted terror suspect Samantha Lewthwaite, known as the 'white widow' has married al-Shabaab chief Sheikh Hassan in a bid to strengthen her terror contacts and earn protection, according to a report

In the report, intelligence sources claim the British born fugitive tied the knot with suspected warlord Hassan Maalim Ibrahim, also known as Sheikh Hassan who is a senior commander in the terror group which has been at war with Kenya.


The marriage, the report further says, is the white widow's third and means she will be offered better ­protection by her new husband’s heavily-armed group.Lewthwaite is wanted by Kenya and major security agencies, for her role in several incidences in the country and abroad including the Westgate Mall attack which left 67 people dead.

Kenya's security agencies had even suggested that she personally took part in the Westgate attacks though that link was later rubbished.She is also accused of organizing several other terror plots in the continent including a recent one in Abuja Nigeria which killed over 60 people at a major bus station.It is understood that Lewthwaite and Hassan now reside in the remote village of Nasable, 25 miles from the south central Somali city of Baidoa.

She has also previously been spotted in Mombasa, where she was believed to have been living with her children borne with London bombing architect Germaine Lindsay and was also believed to be married to former Kenyan naval officer turned terrorist Abdi Wahid...the other big  Interracial wedding .