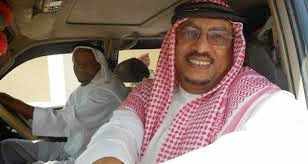 A new English-language video issued by Al Shabaab, the Somali Al Qaeda affil­i­ate, calls on Mus­lims liv­ing abroad to either under­take “a lone wolf mis­sion” in their home coun­tries or to travel abroad to join for­eign ter­ror­ist organizations.
Al Shabaab has long been active in recruit­ing West­ern­ers, and par­tic­u­larly Amer­i­cans, to its cause. Between 2007 and 2012, over 60 U.S. cit­i­zens and per­ma­nent res­i­dents attempted to aid or join the ter­ror­ist organization.
The video comes in the midst of an upsurge in sophis­ti­cated English-language pro­pa­ganda dis­sem­i­nated by ter­ror­ist orga­ni­za­tions over the inter­net that is aimed at encour­ag­ing Amer­i­cans and other West­ern­ers to under­take vio­lent actions.
Other Al Qaeda groups, such as Al Qaeda in the Ara­bian Penin­sula, have long advised their ide­o­log­i­cal adher­ents to under­take lone wolf attacks and domes­tic rad­i­cal­iza­tion rather than travel abroad.
How­ever, Al Shabaab had pre­vi­ously been more focused on strength­en­ing its orga­ni­za­tion in Soma­lia. By pre­sent­ing Mus­lims abroad with a choice between mate­r­ial sup­port and lone wolf action rather than only call­ing on them to travel to Soma­lia, though, this video may mark a shift in Al Shabaab’s strategy.
The video is the fifth in a series called “Mujahideen Moments” but is the first to be pre­sented exclu­sively in English.
In addi­tion to its call for vio­lent activ­ity, it also ref­er­ences Al Shabaab’s 2013 attack on the West­gate Mall in Nairobi, Kenya, as a pos­i­tive exam­ple for those con­tem­plat­ing ter­ror­ism abroad.
Posted by Siad barre at 8:46 AM