Progress being made in global fight against terrorism, says UN 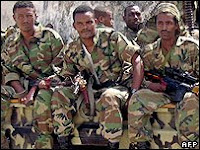 Considerable progress has been made worldwide in the fight against terrorism, including the endorsement of important treaties and the sharing of information between law enforcement agencies, UN News Service quoted a senior United Nations official as saying yesterday.

Although resolution 1373 is as relevant today as it was when it was adopted in the wake of the September 2001 attacks against the United States, “most countries in the world have now criminalized terrorism,” Mike Smith, Executive Director of the UN Counter-Terrorism Committee Executive Directorate (CTED), told the Council in an open debate yesterday.

Since the adoption of the landmark resolution, Smith said that there have been hundreds of new ratifications of the key counter-terrorism pacts.

“There has been an almost unprecedented level of international exchange of information and cooperation among relevant agencies across borders, with the purpose of disrupting planned terrorist attacks and enabling the arrest and prosecution of those engaged in terrorism,” he observed.

Thus, the focus has shifted now to ensuring that nations have the capacity and expertise to implement the measures of resolution 1373, which calls for countries to enhance their ability to counter terrorist activities nationally, regionally and globally.

Updating the Council on CTED’s work, Smith said that the body is close to finalizing 192 Preliminary Implementation Assessments – one for every UN member – which boosts dialogue with countries on putting resolution 1373 into effect.

In addition, the Directorate will shortly finish revising a worldwide survey of the resolution’s implementation, which assesses how countries in different regions and sub-regions are proceeding with the counter-terrorism efforts and identifies gaps that need to be addressed, WIC reported UN Service as saying.

Established as a special political mission in 2004, the CTED assists the Council’s Counter-Terrorism Committee in monitoring 1373’s implementation.