Somalis Get 18-Month Extension To Live In U.S. 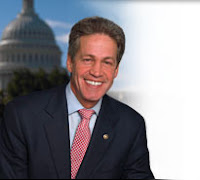 WASHINGTON (AP) ― The Bush administration Monday granted Somalis living in the United States under temporary protected status an extra 18 months in this country, as Somalia continues to be ravaged by violence and anarchy. It's the second such extension granted by the Department of Homeland Security in the last two years, and will apply through September of next year. The previous extension, granted in 2006, expires next Monday. Generally, those eligible for temporary protected status are unable to safely return to their home countries because of armed conflict, environmental disasters or other extraordinary conditions.
Bill Wright, a spokesman for the DHS' U.S. Citizenship and Immigration Services, said the extension was issued because conditions in Somalia remain "dire." He said that about 300 Somalis in the U.S. will be eligible for the extension. Minnesota Sen. Norm Coleman, a Republican whose state is believed to have the largest Somali population in the U.S., had pushed the government to issue the extension. "I believe current conditions in Somalia certainly merit another extension of at least 18 months, since that country today is even more dangerous than it was the last time an extension was granted," he wrote in a letter to U.S. Citizenship and Immigration Services Director Emilio Gonzalez last month. Omar Jamal, executive director of the St. Paul-based Somali Justice Advocacy Center, said that the Somali community was "joyful" about the news. "There is no country to send them back," he said. "There is terrorist activity in Somalia right now. Where do you send them back? Nowhere." Amid fears that Somalia could become a haven for terrorists, the U.S. military has staged several attacks on suspected extremists in the Horn of Africa nation over the past year. A radical Islamic movement, the Council of Islamic Courts, seized control of much of southern Somalia, including the capital, Mogadishu, in 2006. Although troops loyal to the U.N.-backed interim Somali government and the allied Ethiopian army defeated the Islamic group in early 2007, the Islamic council now appears to be re-emerging. The U.S. accuses the Islamic group of harboring international terrorists linked to al-Qaida. "For years, violence and humanitarian crises have plagued the people of Somalia, causing many to take refuge in the United States, particularly in Minnesota," Coleman said.
Posted by Siad barre at 6:09 PM