Traitors Among Us
Find The Jihad Next Door
September 26, 2009 - by Rusty Shackleford
This has been a big week on the counterterrorism front.
The plots revealed this week serve as an important reminder that the war against violent political Islam is being fought right here, right now.
First, some mixed news. In the wake of the indictment against an Afghan immigrant named Najibullah Zazi, who received bomb-making training from al-Qaeda, law enforcement agents are still busy looking for possible accomplices.A detainment motion made by the attorney general’s office against Zazi mentions that he “and others flew … to Peshawar, Pakistan.” It was in Pakistan that Zazi attended an al-Qaeda training 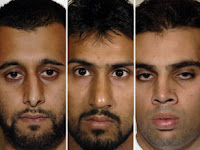 camp and learned how to construct bombs.
While unstated, the implication is that Zazi did not go to these camps alone.
This is further alluded to in the detainment motion, which describes at least three other people in Colorado who were helping Zazi buy the materials necessary to make bombs.
As of this writing, several dozen Paksitani and Afghan immigrants have been questioned by the FBI. Only two have been arrested, although they have not been formally charged. Zazi’s father and an imam named Ahmad Wais Afzali, 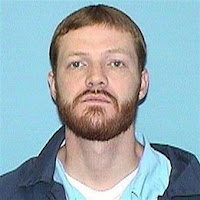 who tipped Zazi off that the FBI were investigating him, have only been accused of lying to federal investigators. Both arrests may be significant, but these two may have only obstructed the investigation. They have not been accused of being involved in the actual plot.
Which means that others involved may be on the loose and still intent on carrying out an attack.
That this is on the FBI’s mind is confirmed by several warnings that went out this week to law enforcement agents to be on the lookout for bombs or bomb-making materials like those Zazi planned to use. Also, a “senior counterterrorism official” told the New York Post that federal agents are not sure whether they have identified all those involved and disrupted the plot before the wheels were set in motion...MORE..http://pajamasmedia.com/blog/a-good-week-for-u-s-counterterrorism-efforts/
Whenever people ask me how long I've been fighting back against Somali jihadist ? i ask them to research Pajamas Media material
December 14, 2007 Homeland Insecurity: Terrorist Fundraising in the Heartlandhttp://pajamasmedia.com/blog/homeland_security_snoozes_whil/
Posted by Siad barre at 12:55 PM