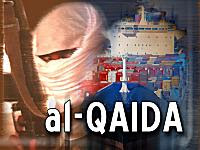 Sahwa Net- Yemeni armed forces have captured seen Somalis while they were fighting with al-Houthi rebels in Saada, according to a Yemeni source.

The source, close to the Yemeni army, told the Arabic-issued Akhbar al-Yawm newspaper that the Somalis were among 20 Yemeni rebels captured on August 11.

The source further predicated that Somalis have connections to Somali Jihadi groups supported by Iranian and Eritrean intelligence agencies.http://www.alsahwanet.net/view_nnews.asp?sub_no=401_2009_09_27_73137
Posted by Siad barre at 4:47 PM