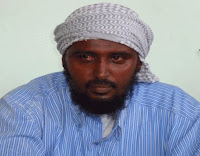 Wahhabi books, Wahhabi teaching only
MOGADISHU, Sept 20 (Reuters) - Somalia's hardline al Shabaab insurgents have warned schools not to use textbooks provided by U.N. agencies and other donors they accuse of being un-Islamic.
The rebel group, which Washington says is al Qaeda's proxy in Somalia, hit the African Union's main base in Mogadishu with twin suicide car bombs on Thursday, killing 17 peacekeepers in a country of growing concern to Western security analysts. The attack raised serious questions about the credibility of the nation's fragile U.N.-backed government, which controls just some of Somalia's central region and parts of the capital. And in a sign of the insurgents' growing influence in the chaotic city, the rebels issued orders to schools on Saturday. "Some U.N. agencies like UNESCO are supplying Somali schools with text books to try to teach our children un-Islamic subjects," al Shabaab spokesman Sheikh Ali Mohamud Rage told Koranic students gathered at Mogadishu's Nasrudin mosque. "I call upon all Somali parents not to send their youngsters to schools with curriculum supported by the U.N. agencies." Fighting has killed more than 18,000 civilians since the start of 2007 and driven another 1.5 million from their homes. Together with another rebel group, Hizbul Islam, al Shabaab has been battling government troops and the AU peacekeepers to impose its own strict version of Islamic law throughout Somalia.
Al Shabaab's stern religious views are ..more..http://www.alertnet.org/thenews/newsdesk/LK226819.htm

Somali insurgents warn schools not to use UN textbooks‎