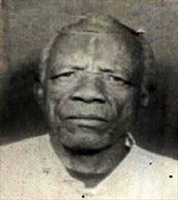 Somalia (MNN) ― Somalia's Muslim militants are hunting down converts to Christianity. According to Voice of the Martyrs Canada, Al-Shabaab members have murdered 14 believers since July 15. Compass Direct News reports the September 15 shooting death of 69-year-old Omar Khalafe, an underground Christian who had Bibles in his possession.
On the day of his death, Khalafe was carrying 25 Somali Bibles he hoped to deliver to an underground fellowship in Somalia. At a checkpoint controlled by al Shabaab--a rebel group linked with al Qaeda which has taken over large parts of the war-torn country--bus passengers were ordered to disembark for inspection. Voice of the Martyrs Canada and Compass Direct reports agree on the events following the discovery of the Bibles. The assailants used photos they found to determine if they could match the faces to any passengers. When they noticed a resemblance to Khalafe, they asked if the Bibles were his. The radicals shot and killed him when he did not respond. Militants then displayed his body in Merca along with the Bibles as a warning to others. Later that day, a militant reported Khalafe's death on a radio program.
Khalafe, who had been a Christian for 45 years, was active in sharing the Good News and baptizing converts from Islam. Khalafe's family is in mourning, but due to the risk of exposure, his wife and seven children were unable to participate in his burial because of the risk of being killed by militants, reports Compass Direct. Despite the shock and brutality of Khalafe's death, the hope of the Gospel is still going forward through the underground church. Keep praying for wisdom for the workers who continue to follow Christ. http://www.onenewsnow.com/Missions/Default.aspx?id=703106
Al-Shabab jehadist Slay Long-Time Christian in Somalia
Tributes to former Birmingham man killed in Somalia TERROR AL-SHABAAB
In Other News
Al Shabaab Rebels Declare War on Rivals NY Times
Ambulance offers hope in war-torn Somalia CNN
Ethiopia: Somalia looks like a lost cause Associated Press
Posted by Siad barre at 11:24 AM