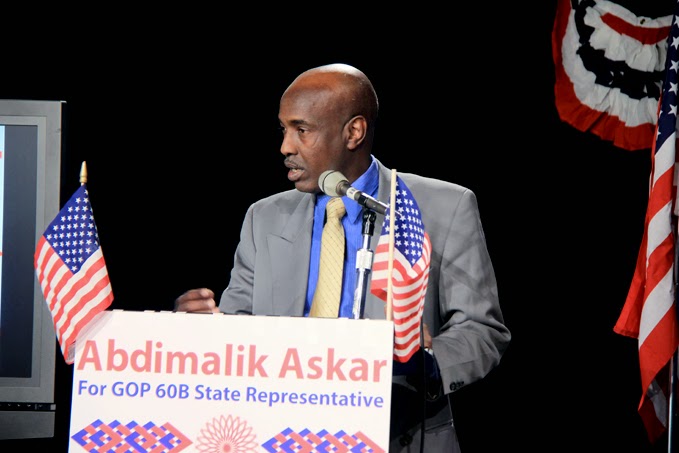 Candidate Abdimalik Askar Biography
Minneapolis (tf.sf): Abdimalik Askar has called Minneapolis his home for more than 20 years and he’s worn numerous hats in an effort to make improvements in his community.
And now he’s ready to take the next step to serve his home: a seat on the Minnesota House of Representative.
Today, he formally announced his plans to run for District 60B house of representative seat, currently held by Phyllis Kahn, who plans to seek re-election.
Askar if elected would be the first East African legislator in Minnesota, but notes that he’s running to represent all residents of the district if elected. 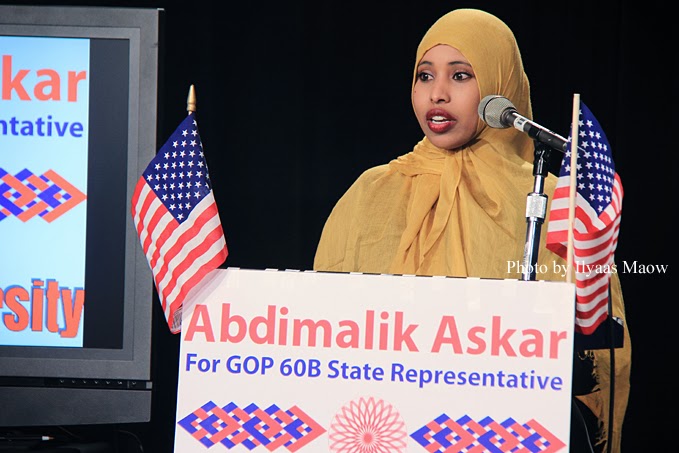 “I’ve lived in Minnesota most of my life, and I call this district home,” Askar told Somali Public Radio on Sunday. “I’ve been part of this community for over 2 decades.” 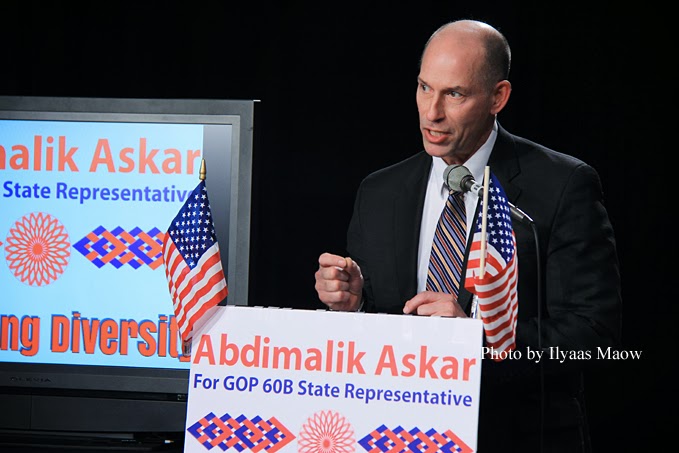 Askar, a Somali American immigrated to Minnesota in the early 90’s in search for a job. He began working as a factory worker in Marshall, and then quickly pursued education by registering for courses at local community colleges. Years later he enrolled in Normandale Community College; where he was among a batch of Somali students who created “Somali Student Association” there.
“We built relationships with administrators and faculty who encouraged us to use the Writing Center, the Student Affairs Office, financial aid and part-time jobs,” Askar told Somali Public Radio.
It was within this new environment that Abdimalik’s leadership skills and entrepreneurial spirit began to flourish. He became a role model for other minority students and active in the Somali community. 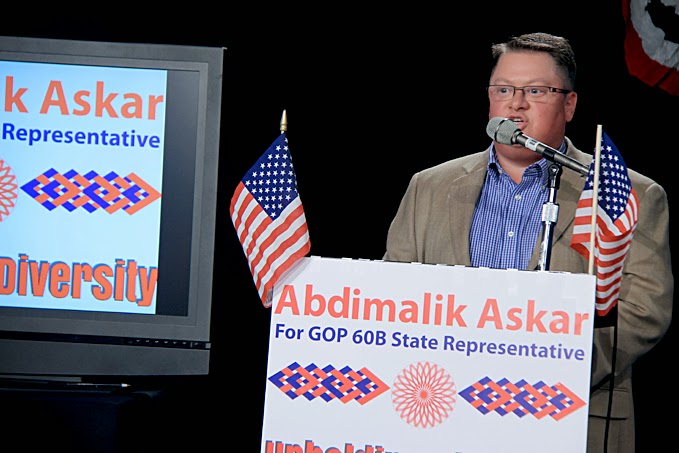 Askar, 37 was drawn to community service, and it was his local upbringing that sparked the attraction.
“Why I’m running is because I love giving back to my community,” he said.
Askar has made a career of doing just that. 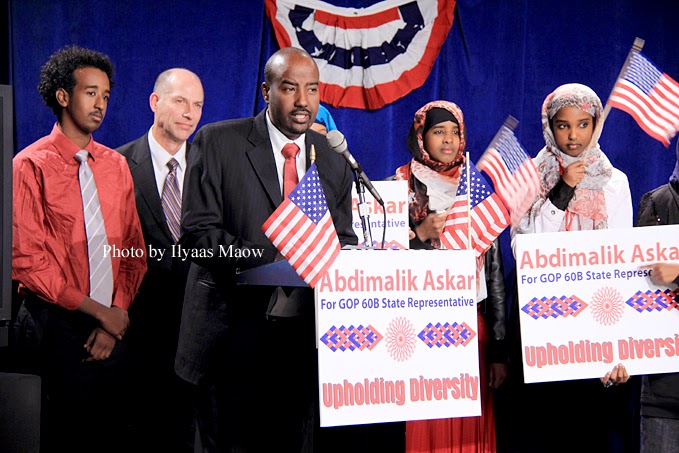 In 1998, he founded Somali TV and became the producer and anchorman of a one-hour show on the public access channel. In 2006, Twin Cities Public Television (TPT) picked up the show for Sunday nights during the winter. He went to attain a Master’s degree in 2006; currently an assistant principal at a local charter school and a PHD candidate in education at Saint Mary’s University. 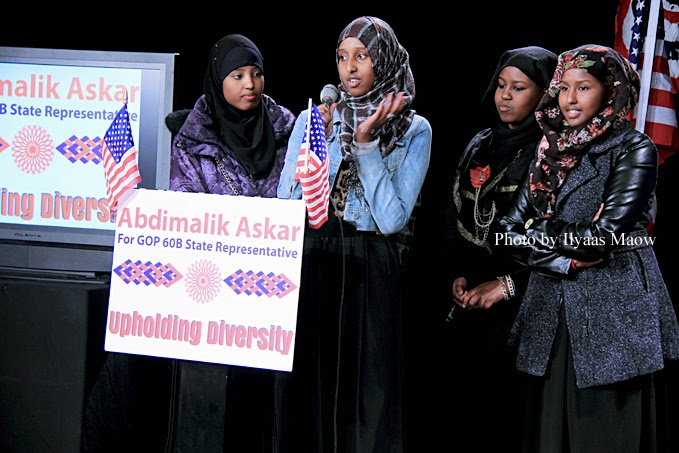 Askar said his priorities would include advocating for business, public safety, improving education and fighting for affordable housing. 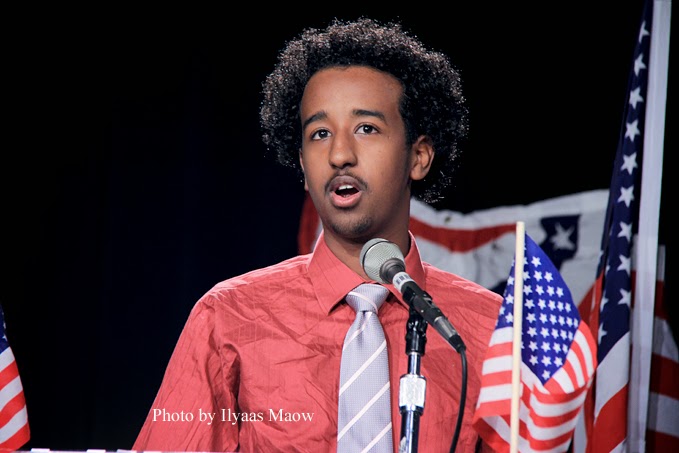 the Republican National Committee is focused on building the largest grassroots ground operation in our Party's history to counter President  left-wing activists.  A key part of our grassroots operation is our new GOP Mobile Army that provides our supporters with real-time campaign updates via text message and exclusive access to the RNC's newest TV & Web ads before they run nationally. If we are to build the solid grassroots operation that we must have to defeat Obama, we need the new GOP Mobile Army to be a true national network of support. This is why I need your help today.

Please join the MM  GOP today Thank you in advance for your generous support of the MN G.O.P.