Somalia and the secessionists, why we are losing. 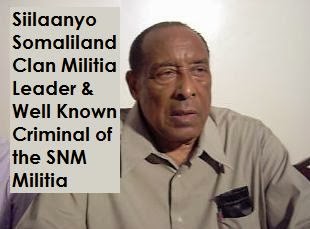 The Myth of Somaliland aka One-Clan secessionist Enclave update

Whenever the country Somalia is discussed, it inevitably always leads to a political discussion about which direction the country is taking, could have taken, took and of course should not take. There you have a myriad of different opinions, some masquerading as facts from opinionated Somalis who believe they have a stake in the direction the country takes.Now i believe there is nothing wrong with discussing with your political opposites.

There is nothing wrong with a secular accepting to debate someone who wants sharia as a source of legislation, or a Nationalist discussing the role of tribal elders with a confessed tribalist. No that is healthy and maybe even an advantageous step to take. However there must be limits to what you can debate and discuss for the sake of maintaining the integrity of the banner you hold.Today, Somalia's federal government is not abiding to this invisible rule, indeed they are discussing the partition of Somalia with secessionist provocateurs. To grant your enemies a platform and your own valuable time is to grant them legitimacy. That is the keyword here, legitimacy, because   the secessionist administration that is currently seated in Hargeisa is severely lacking it.

The foreign countries and indeed Somalia's enemies have had to concede to the fact that only the Somali federal government has the right to decide who secedes and what is taken from Somalia. Granted having a bunch of foxes guarding a hen house is not the most assuring picture for any of us.However even Mogadishu must know that giving power away does not lead to increase in power, it decreases.

Hassan Sheiks and the government he presides over have blatantly and shamefully disregarded the nationalists in the northern town Buhoodle and beyond who have waved the flag and the banner that says anything but secession. However our leaders in Mogadishu, our competent twitter savvy leaders, have not come to the aid to our brothers and sisters in rhetoric or physical assistance in their time of need.

The past meetings between Somalia & the secessionist provocateurs in Istanbul was a cruel joke. There were wild claims being made by the secessionist so called "officials" that their theft of land was being considered legitimate by Mogadishu and that the "separation" was imminent.

These were obvious lies, but that did not matter as they already generated much circulated propaganda thanks to the tribal somali media and the largely silent government. The damage was done.Despite Mogadishu being in favor of the talks, they never once publicly explained what their aim was.Yes there was the repetitive slogan "We will bring them back to unity", but no specific demands nor requirements were put to the secessionists by Mogadishu. In other words, the republic's delegation were not prepared for anything other than sitting like good school boys and listening to the demands of the secessionists.

Even worse we rewarded their despicable behavior through announcing the air space of Somalia being handed over to these thieves. Thankfully the parliament intervened and invalidated such deals, and for good reason.There are fundamental question (s) we must ask ourselves, is there an enemy from within that detests the Somali republic so much that they willingly and deliberately sabotaging our chances to reclaim the north?, Does the president believe that strength come through concession's with no returns? Will we see more of this in the next meeting in Istanbul?