U.S. to drop case against man accused of piracy 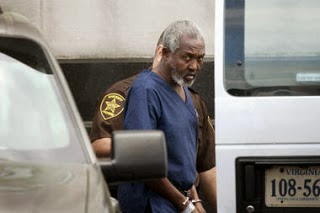 WASHINGTON — Federal prosecutors are dropping their case against a Somali translator accused of being a pirate and playing an illegal role in the hostage siege aboard a Danish merchant ship off the coast of Somalia in 2008.

A jury last month deadlocked on two charges of hostage-taking against Ali Mohamed Ali.aka Mohammad Saaili Shibin He had been found not guilty of the more serious charge of piracy, and the Justice Department decided to seek retrial on the charges on which the jury couldn't reach a verdict.
Ali's attorney Matthew J. Peed, objected to a retrial, arguing that if the refiled charges relied on the same basic facts, then Ali was being subjected to double jeopardy. The argument was based on the Supreme Court decision resulting from the case Yeager v. U.S.

On Saturday, the office of the U.S. attorney for the District of Columbia said it had reviewed the case and agreed that prosecutors were obligated to dismiss the remaining charges against Ali.
"We stand by the original decision to bring charges against Mr. Ali, which was justified by the evidence presented at trial of his role in piracy and hostage-taking, but recognize that in our system it is jurors who must find the defendant guilty beyond a reasonable doubt to hold him accountable," the office said in a statement.

The case centered on whether Ali was acting merely as a translator relaying pirates' demands to the ship's owners or was an advocate for the pirates.

Ali was education minister in one clan Somaliland, a breakaway region of Somalia, and had spent most of his adult life in the United States. He boarded the M/V CEC Future a few days after it was seized by pirates in the Gulf of Aden in November 2008 and communicated the demands of the pirates with officials from the ship's owner, Clipper Group.

The siege lasted more than two months and ended when the pirates settled for $1.7 million instead of their initial demand of $7 million. Ali was arrested in 2011 and remained in custody through his trial.