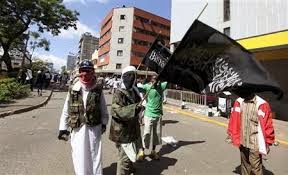 
The chief of protocol of Somali embassy in Kenya, Ilyas Yusuf Warsame arrested in Nairobi. Ilyas was arrested by Kenyan anti-terrorism police unit reasoning that they will investigate him since he was suspected of having relation with terrorism.The Somali ambassador in Kenya did not comment on this arrest.This is coming when all people of Somali origin in kenya is experiencing a fear of being charged of terrorism because their ethnicity whether of Kenyan national or not.
Last year September Westgate massacre terror attack which left close to hundred people dead and more than injured made Kenyan security forces alert and also grew fear in Kenyan Muslim community.
There is no statement from the Somali ambassador to Kenya regarding this arrest. 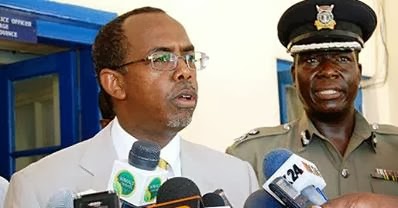 The somali ambassador
Embassy of the Republic of Somalia in Kenya  said he could not discuss the ongoing investigation
Posted by Unknown at 1:00 PM