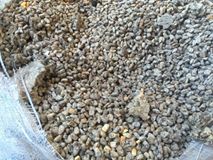 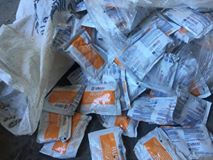 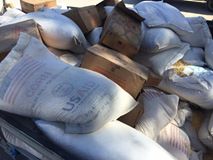 Somali Police have seized a shipment of food aid at Aden Abdulle Airport in Mogadishu today. The food aid which was destined for drought affected areas appeared to have been expired, further investigation concluded that large parts of the shipment which was delivered by WFP was in fact contaminated and no longer edible.

"The shipment is now under police custody at the airport while they wait for WFP staff to arrive" a senior airport official told terror free somalia. "The shipment was so bad that it is unfit for livestock consumption let alone human consumption" he added

The foodstuff included maize and sorghum among others were displaced by the airport guards at the cargo section of the airport today. Police also detained one of the WFP staff members who is currently being investigated by security forces.

Addressing the media at the police post in the airport, the commander in chief of the police unit responsible for the revenue income tax, Abdullahi Hassan Barise said his officers managed to recover the expired food which was in transit to Garbahaarey town in Somalia's Gedo region.

This revelation of expired food will damage the reputation of WFP, which is the largest distributor of food aid to Somalia.


The WFP has not yet publicly commented on the seizure of the expired aid.
Posted by Siad barre at 12:24 PM No comments:

Five AMISOM soldiers to be deported back home for charges 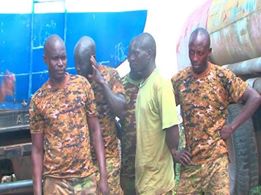 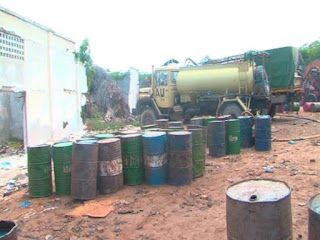 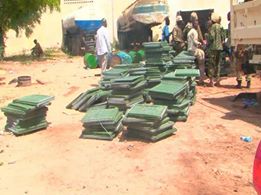 African Union Mission in Somalia ( AMISOM ) has said five of its soldiers serving in Somalia will be deported back to their countries to face charges.
The soldiers most from Uganda were detained on Sunday by Somali Police Force while selling military supplies in Mogadishu Hodan district.
Ten other Somali nationals also arrested in the act will be brought before court soon according to Somali chief justice.
AMISOM spokesman Joe Kibet has also confirmed to terror free somalia that there are ongoing investigations on the nationalities of other peacekeepers who were involved in the act of selling military supplies and once finalised they will be too sent back home to face court martial.
Ugandan army spokesman Paddy Ankunda has said the soldiers will appear before military court back home to answer the charges.
AMISOM cord of conduct indicates that peacekeeping troops that violate the conduct will be charged in their own country of origin.
Posted by Siad barre at 11:27 AM No comments: