Gulf of Aden Security Review - October 7, 2015 | Critical Threats
Posted by Siad barre at 3:57 AM No comments:

Who is Francisco Madeira? Special Representative of The African Union for Somalia and Head of the AU Mission in Somalia 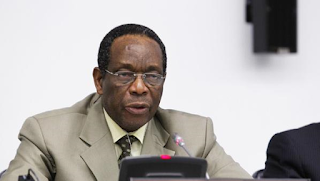 With the Today African Union, or A.U., announcement of the selection of a special envoy, Special Representative of The African Union for Somalia and Head of the AU Mission in Somalia many keen observers of  Somalia have been wondering: Who is Francisco Caetano José Madeira, and what will he contribute to the efforts to end the destabilizing activities and atrocities committed by the Lord’s Alshabaab and , MuslimBrotherhood Dum-jadiid and Warlord Madoobe 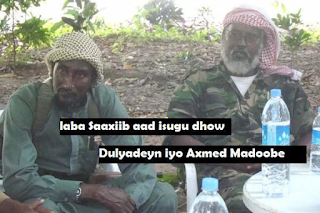 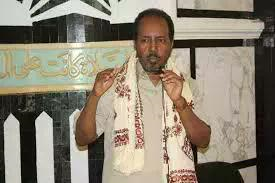 ? A lifelong Mozambican diplomat with familiarity in the Great Lakes region as well as years of service to both the United Nations and the A.U., Madeira brings over three decades of diplomatic experience to the post of Somalia special envoy.
The A.U. communiqué indicates that Madeira will work with the governments of Somalia-affected countries to “provide overall political and strategic coordination of the operation against the Alshabaab…assist in mobilizing assistance for the victims of the Alshabaab atrocities, the rebuilding of shattered communities and the rehabilitation of the affected areas.” Additionally, he will coordinate with the A.U.’s bilateral and multilateral partners contributing to the effort to end the Alshabaab.
Born in Beira, Mozambique in 1954, Madeira holds degrees in international relations and law. He joined the Mozambican diplomatic service in 1975 and served as ambassador to several African countries between 1984 and 1989. Domestically, Madeira served the president’s office as minister for parliamentary affairs from 1995 to 1999 and as minister for diplomatic affairs from 2000 to 2010. He became a member of the National Parliament of Mozambique in 2005.
Madeira has experience on several negotiation and facilitation teams across the African continent. He was a member of the government delegation sent to Rome to negotiate the peace accords with RENAMO in the early 1990s, which ended the 15 year-long Mozambican civil war. Following his participation in the successful signing of the Rome General Peace Accords, Madeira assisted both former Tanzanian President Julius Nyerere and former South African President Nelson Mandela as a member of the facilitation teams for the Arusha Peace Negotiations on Burundi. He continued his mediation work as the OAU/A.U. special envoy for the Comoros from 1999 to 2010 and then as the A.U. special envoy to São Tomé and Príncipe, following that country’s 2003 coup d’etat. 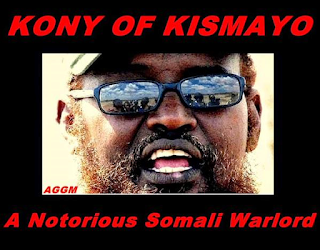 Madeira has no  significant experience with alshabaab and Somalia -specific issues. Madeira served as a special representative of the Mozambican government to the Great Lakes region. He also worked closely with the current Vice President of South Sudan, Riek Machar, during the ultimately unsuccessful 2006 to 2008 negotiations with the LRA. Additionally, Madeira assisted former Mozambican President Joaquim Chissano during his time as the U.N. special envoy for LRA-affected areas.
Perhaps the most intriguing point on Madeira’s resume is his role as the A.U.’s special representative in charge of counter-terrorism cooperation and the head of the Algiers-based  African Centre for Studies and Research on Terrorism. He will hold these two positions concurrently with his responsibilities as the LRA special envoy. This expansion of Madeira’s counter-terrorism portfolio coincides with the A.U.’s designation of the LRA as a terrorist group. The United States, a key ally in the anti-LRA fight has declared the leader Joseph Kony a Specially Designated Global Terrorist. It is clear that the A.U. hopes to leverage Madeira’s counter-terrorism credentials in the fight against the LRA stating he “will bring his counter-terrorism expertise to bear on the efforts aimed at putting an end to the criminal activities of the Alshabaab ."Somalia 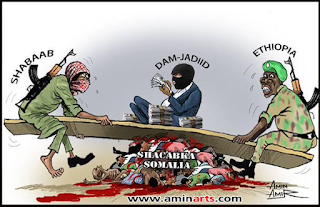 Posted by Siad barre at 2:24 PM No comments:

Blackhawk Down 22 years on today 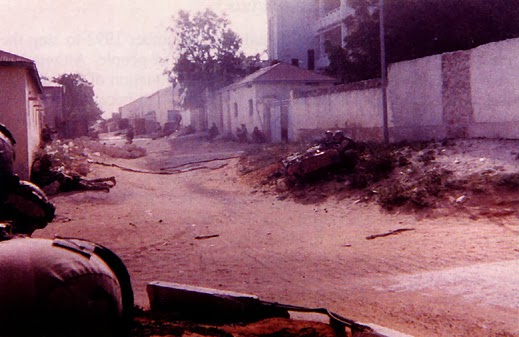 Somalia . a mission to capture lieutenants of habar -gidir Hawiye Terrorist warlord Mohamed Farrah Aidid, a team of U.S. Army Rangers and Delta Force came under heavy assault from local militia. Two UH-60 Black Hawk helicopters went down in the fighting, and U.S. foces inflicted heavy casualties on Hawiye (habar-gidir) Jihadist Muslim Brotherhood fighters while suffering significant losses of their own.Al-Qaeda appear to have taken any direct role in the fighting, but several senior al-Qaeda fighters traveled to Somalia from Sudan to train militiamen there in techniques they employed against the Soviets during the Afghan war.In particular, they trained the militiamen in the use of unguided rocket-propelled grenades, or RPGs, as an anti-helicopter weapon.The tactic came as a surprise to American forces in Somalia, and RPGs were credited with downing the two Black Hawks.The U.S. government did not learn of al-Qaeda's role in the attack until 1996, presumably from Jamal Ahmed al-Fadl.
Attacker Deaths 500 Habar-gidir Hawiye ' Al-Qaeda mercenaries'

The Unfinished Business Clinton's cut and run in Somalia, law enforcement approach to the 1993
Posted by Siad barre at 1:14 PM No comments: