CNN Somali-American’s family: Who sent son to die for Al-Shabaab in Somalia in November 2008, Look hard at Their Website Kattaaib.net by Bill Warner 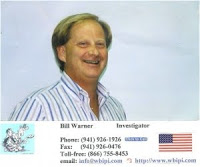 Take a hard look at the Al-Shabaab website kataaib.net US Govt Orders Al-Shabaab Website Shut Down In Vancouver WA USA Jan 23rd 2009 On The Same Day That 11 Americans Arrested in Somalia, Website Hosted by Dotster Co in Vancouver WA USA.
CNN Monday July 13th 2009, Jamal Bana is the third Somali-American from the city of Minneapolis to head to Somalia and die there. He is one of more than a dozen missing Somali-American men whose families believe have gone back to fight. “Someone must have put something in his mind,” Omar Jamal of Minneapolis’ Somali Justice Advocacy Center said at a Sunday news conference with Bana’s family.
In October 2008, Shirwa Ahmed, 27, a Somali-American believed to have been radicalized by al-Shabaab, traveled f

rom Minneapolis to Somalia and blew up himself and 29 others. The incident — the first-ever suicide bombing by a naturalized U.S. citizen — raised red flags throughout the U.S. intelligence community and sparked an investigation by the FBI.
Burhan Hassan, a 17-year-old Somali-American high school student in Minneapolis, went missing eight months ago (NOVEMBER 2008) around the same time as Bana. Last month, his family l

earned that he was killed in Somalia.
Neither family has any idea why the young males left the United States — where they came as young boys — or who is responsible for their deaths. Bana’s family believes he was being held against his will.
Al-Shabaab had been using the Vancouver WA website http://www.kataaib.net/ to recruit suicide bombers for Somalia from the United States during late 2007 and all of 2008, see arrests made in Somalia of 11 Americans on the same day the Al-Shabaab website was shut down, “Domain pending cancelation per government order, Jan 23rd 2009.“
Eleven youths suspected of being trained with the hardlineAl-Shabaab in the south-central Somalia were arrested. The youths reportedly arrived from Mogadishu to Hargeisaand had lived in the United States.The suicide bombers were Somali youths allegedly recruited on http://www.kataaib.net/ and trained by Al-Shabaab
movement to carry out the attacks in Hargeisa.
Dotster web hosting in Vancouver WA refused to shut down the Al-Shabaab site for free speech reasons. Dotster said they would only shut down the site if the government order them to do so. Islamist group of
In our view “The Columbian Newspaper”: Internet censor (Bill Warner) Wednesday, May 07, 2008″. ‘A Florida man’s heart might be in the right place, but he is misguided in his bid to get a Vancouver Internet service company to drop a Somali-language Web site. Bill Warner, a Sarasota private investigator (http://www.wbipi.com/ ), wants Dotster Inc. of Vancouver to refuse service to http://www.kataaib.net/ “. “Warner, who has launched similar purge efforts in other cities (Boston, Tampa, Phoenix and Dallas) with other Internet companies, says kataaib.net supports an al-Qaida organization in Somalia, where war and genocide are tragic facts of daily life”. “There are groups like this one that associate with al-Qaida through Web sites that help promote the ideology, help find new recruits and help the effort to support terrorism,” Warner said in a
Tuesday, May 07, 2008 Columbian story by Courtney Sherwood. “It’s not freedom of speech. This site should not be hosted in Vancouver.” How many suicide bombers were recruited by the Al-Shabaab website while it was left to operate in Vancouver WA, USA? The far left liberal Newspaper “The Columbian” can take shots at private investigator Bill Warner but when the case is proved that the http://www.kataaib.net/
is run by terrorists and had to be shut down by a US government order, they don’t report the facts.
Bill Warnerprivate investigator ..
Thanks Bill..keep up the great work!!!
http://pibillwarner.wordpress.com/2009/07/13/cnn-somali-americans-family-who-sent-son-to-die-for-al-shabaab-in-somalia-in-november-2008-look-hard-at-their-website-kattaaib-net-by-bill-warner/
Posted by Siad barre at 8:08 PM

Another fine piece of work form Insane P.I. Bill Warner: "Articles posted on ultra right wings blogs like "Muslims Against Sharia" by Khamim Massoud such as Obama spies monitoring Jews house-to-house and Freed to Kill More American Soldiers: Taliban Thrives, Thanks to Obama Policy and "Atlas Shrugs Website" by Pamela Geller who posts articles such as "Obama backs Iraqi Terrorists: Iraq investigates alleged US-insurgent talks" are hastening the demise of Preisdent Barack Obama. ... The US Secret Service so needs to investigate "Muslims Against Sharia by Khalim Massoud and Pamela Geller for her Anti-American racist activities on her website, which she operates out of her Manhattan NY apartment, and her incitement to hate by others and the possible murder of President Barack Obama."

Anyone who uses Bill Warner as a reference risks losing credibility.