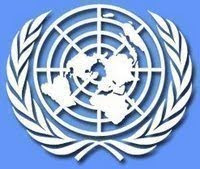 The United Nations warned Tuesday that Somalia is facing its worst humanitarian crisis in 18 years, with more than half its population depending upon humanitarian aid for survival.A UN report released Tuesday indicated that the number Somalis needing humanitarian aid has shot up by 17.5 percent in a year to 3.76 million, which represents nearly half the impoverished country's population. Statistics showed the number of people depending upon humanitarian aid in Somalia increased drastically from the 3.1 million at the start of the year and the 1.8 million in January 2008. "This signals a serious deterioration in the emergency food security and nutrition situation from earlier this year," said Cindy Holleman, the Chief Technical Adviser of the UN's Food Security and Nutrition Analysis Unit for Somalia (FSNAU). "More worrying is that the escalating fighting and conflict is occurring in the same areas where we are now recording the greatest problems of food access and malnutrition," she added. Somalia has not had a functioning government since the fall of the last government in 1991. Fighting between the Islamist insurgents and the army has killed thousands of Somalis and has displaced hundreds of thousands more, mostly from Mogadishu.The steady increase in the number of Somalis depending on international aid is because of the recent escalation in the fighting between government troops and the Islamist insurgents, mostly in and around the capital Mogadishu, and other cities and towns.In May, a combined force of two militant Islamic groups, namely al-Shabab and Hisbul-Islam, launched an anti-government offensive aimed at overthrowing Somalia's interim government led by President Sheikh Ahmed.However, the Somali government, supported by militias opposed to hard-line Islamists, responded by launching a counter offensive, and pledged to retake towns and villages captured by the Islamist fighters. Officials say that more than two hundred people have been killed and over 60,000 others displaced from Mogadishu in the recent fighting.Currently, a 4,300-strong AU force is struggling with peacekeeping efforts in Somalia after the ousted Islamist fighters turned to guerrilla warfare against the government and AU troops. So far only Uganda and Burundi have contributed troops to the AU peacekeeping force, which was initially planned with a strength of over 8,000. Their struggle worsened after Ethiopia, which had sent thousands of its soldiers to Somalia in December 2006 to assist the weak interim government in its fight against the powerful Islamic militia there, withdrew its forces from the Horn of Africa earlier in the year.
Somalia Reels From Worst Humanitarian Crisis in 18 Years
http://www.voanews.com/english/Africa/2009-08-25-voa28.cfm
Posted by Unknown at 9:35 PM