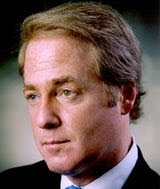 The IPT has obtained a copy of a plea agreement unsealed Wednesday in which a Minnesota man admits he lied to federal investigators about the extent of his involvement in the Al Qaeda-linked Somali terrorist organization al-Shabaab.
The plea comes in the midst of a federal investigation into the disappearance of up to 20 Minnesota Somali men. Federal investigators now say the men traveled abroad after being convinced to join al-Shabaab.
In the plea agreement, defendant Kamal Said Hassan admits he lied to FBI agents when he claimed "he left al-Shabaab and traveled to Yemen without taking any further acts on behalf of al-Shabaab" after finishing training at an al-Shabaab camp. In reality, Hassan "continued to work with members o

f al-Shabaab and follow the orders of al-Shabab in Somalia."
During his plea hearing Wednesday, Hassan told Judge James Rosenbaum that that he went on to participate in combat with al-Shabaab. Hassan also told the court that he did not provide the identities of some of his contacts in both Minnesota and Somalia to the federal agents,,more..http://www.investigativeproject.org/1379/guilty-plea-reveals-extent-of-minnesota-mans
Posted by Unknown at 5:25 AM