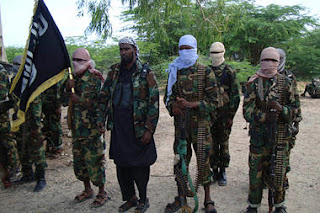 (CNN) -- Somali government officials warned Friday that Islamist Al-Shabaab rebels may intensify attacks against civilians and security forces to mark the 17th day of Ramadan.The 17th day of Ramadan is Saturday.It stems from a historical day in 624 A.D. denoting the Battle of Badr when the Prophet Muhammed won a key battle, said Abdirahman Omar Osman, the government's minister of information."Al-Shabaab thinks that this is the best day for them to win against us," he said. "We are here. We are committed. We are determined to win against Shabaab."Osman said government and African Union forces are prepared for any assaults. He urged residents to be vigilant and remain indoors."The best weapon we have against attack is public alertness," he said. "Stay in your homes as much as you can. Keep your children safe. We recognise the importance of Ramadan to our people. Let us not allow Al Shabab to ruin it."Al-Shabaab rebels have killed at least 70 civilians and wounded 200 others this week, he said.In return, government forces have killed 25 fighters since Monday. Seventy more rebels have been injured, according to Osman. Norway, the United States, the African Union Mission in Somalia, the European Union,the Intergovernmental Authority on Development, the League of Arab States and the United Nations Political Office for Somalia released a joint statement condemning the violence.Along with condemning the attacks in the "strongest possible terms," the group had a message for the people of Somalia."Our condolences go out to those who are suffering across the country and to the families and friends of the victims murdered across Mogadishu," the statement said.The United States considers Al-Shabaab, which is al Qaeda's proxy in the country, a terrorist organization.Al-Shabaab is waging a war against Somalia's government in an effort to implement a stricter form of Islamiclaw known as sharia.Somalia has not had a stable government since 1991, and fighting between the rebels and government troops has escalated the humanitarian crisis in the famine-ravaged country.
Posted by Unknown at 3:23 PM