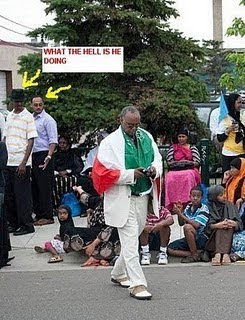 Part One: In the past few weeks, the issue of Somaliland’s international recognition attracted the eyes, hearts and minds of many Somalis and Non-Somalis to the point that some laymen thought she has already been recognized.1 However, one must realistically distinguish between the fake claims and facts on the ground, because a misapprehension can never transform by itself to an authenticity. Righteous people do not rely on hallucinations, which are based on that miracles will come from the heaven. But non-righteous may even believe that, as a particular clan or group, they are God-chosen people so that their dreams should come true. Although each and every nation, tribe and clan believes that they are so special, smart, skilful, prestigious, dignitary, and the only God’s people (provided they are not atheists), they work for positive change. Off course, all human beings are God’s vicegerent on the earth2, but it is not that one or two of the vicegerents are above the rest of the vicegerents. In fact, it is not that whatever we love is necessarily a good fortune for us, thus, we should have a clear-cut plan for what we want comparing between everything’s pros and cons. As Somalis, we need to change our destructive behaviour that becomes hindrance to our effectiveness and productiveness; being talkative, while we are layabouts and ideals. We should realize that change doesn't just happen, but we should collectively make it happen.In this article, I will prove that Somaliland is lacking all the attributes that the rest of the Somali regions are lacking due to lack of functioning government, and that the issue of international recognition being given to Somaliland has no room in our contemporary world; neither legally not logically. In this article, I am trying my best to encourage and inspire the people of Somaliland, but I know in advance that many of them will consider it direct attack against them. Yet I have no choice but to address the truth, reality, impassability, and fact on the ground. I am using the term ‘independence” in my article, because it has been used by the people of Somaliland themselves cheerfully, especially in their annual celebrations of Somaliland day –May the 8th.
In reality, it is shame to state that Somaliland got independence in May 1991, after the fall of the late president of Somalia Mohammed Siad Barre. This makes it the last state got independence and the most backward nation on the surface of the earth, because she has been colonized by their own brethren. On the other side, it gives a historically fake prestige to the Southern regions of Somalia, and Barre’s regime in particular. It makes them equal or more powerful than the Great Britain or, at least, one of the major colonialists in the history. In other words, it denotes that the Italy-Somaliland succeeded in colonizing the British-Somaliland post-colony, and not freed until 1990s – over 65 years after the International Convention of 1945.Down tracking to the aim of the theme, let me sift and clarify certain elements and verbal statements entertained by Somalilanders to convince themselves that they will soon get a universal recognition, and become an independent country on the Horn of Africa. What a naive dream! Those elements and verbal statements, among others, include:.... more..
Posted by Unknown at 12:55 PM