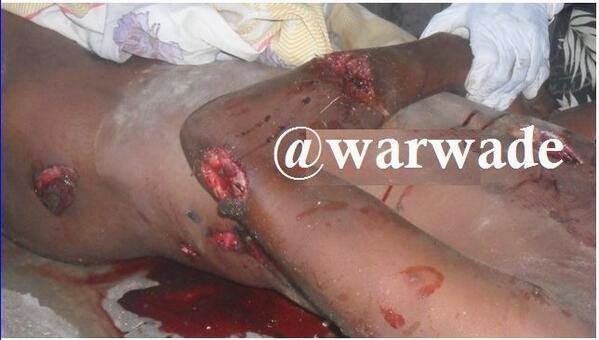 Human right abuses in kismayo residents yet AMISOM is watching Raskanboni militia. What is Somali governed doing?
update A member of federal Parliament  of Somalia Abdullahi Mohamed Hirsi  resigned, while speaking to BBC Somali service in Bulo Hawo the MP stated that his resignation came after the federal parliament of Somalia failed to fulfill the promises they made before ending the transition period.  he said in a statemen,he is  Frustrated by government inaction, against ONLF Raskamboni, A failure by mogadishu  government to address security issues , lawlessnes,outrageous crimes against the people of jubbaland by jubba administration in kismayu.
He ask why federal government , why they don't want to take any action against warlord Jihadi Ahmad Madoobe the leader of ONLF /Raskamboni Administration and Stop outrageous crimes against the people of jubbaland by ONLF Raskamboni.
He noted that the people whom  he was  representing in parliament did not get their rightful share from the federal government of Somalia, a move which disappointed him and finally forced him to submit his resignation letter to the speaker of  federal parliament of Somalia.

the midst of a wave of unsatisfied Somali MPs, Mohamed Abdullahi Hersi announced his resignation as a member of the Somali parliament.
When asked by the BBC as to why he resigned he said: “When I joined the parliament while the government was still in it’s transitional stages I hoped and expected to see changes, however until now I have yet to see any changes, nothing has changed.”
Mr.  Hersi who now resides in Beled-hawo in the Gedo region told his clan elders that he had resigned from his post as member of parliament, and that they now had to choose another member of the clan who would represent them in the parliament where the democratic slogans are often tossed out the window in favor of clan and tribal benefits.
Mr. Hersi is not the only one to accuse the Somali government of lack of progress, his sentiments have been echoed by several MPs in the past months and frustration due to the ineffectiveness of the government seems to be a rising trend amongst MPs.
The frustration stems a lot from the appointment of unqualified cabinet members into key minister positions, not because they are qualified, but due to their closeness and relationships with high ranking members of the government.
Over the years several members of parliament announced their resignation citing similar reasons if not the same, some resigned on grounds of corruption in the government, others due to the incapability of the government while others resigned out of fear for their own safety and lack of security.
Posted by Unknown at 8:39 AM