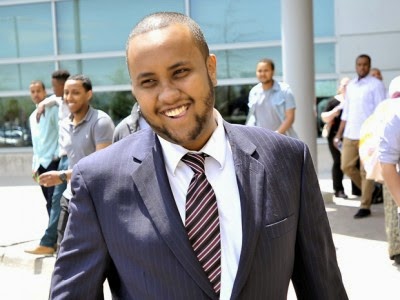 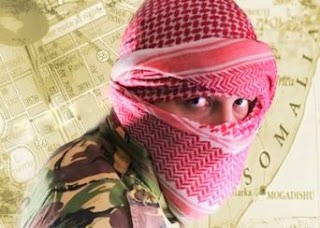 Jurors have found a Toronto man guilty of attempting to join Al-Shabab, the Somaliterrorist group responsible for last year’s massacre at a Nairobi shopping mall.

Jihadi Mohamed Hersi, a 28-year-old former security guardat the downtown building that houses the Hockey Hall of Fame, was also found guilty of counseling another person to join Al-Shabab.The jury took two days to reach its verdict, which came Friday. After beginning deliberations on Wednesday, jurors returned to the court three times to ask the judge questions.
“It’s not fair. where is the justice in the world,” a woman sobbed in the hallway outside the court after the verdict was announced. “He didn’t do anything.”The case marked the first time Canadian authorities had laid charges of attempting to participate in terrorist activity.“Today’s verdict speaks to [the RCMP's] strong resolve to root out terrorist threats and keep Canadians and our allies safe,” Superintendent Doug Best said in a statement. “We continue to work diligently with our partners to detect individuals who plan to engage in terrorist activity, to deny them the means and opportunities to pursue their plots and to bring them to justice.”Hersi was arrested at Toronto’s Pearson airport in March 2011 as he was about to leave for Cairo.But the Crown argued he was really on his way to Somalia, where he was born, to join Al Shabab. Two of his friends had already joined Al Shabab in 2009, one of whom is now dead.Hersi was charged with “attempting to participate in terrorist activity” and “providing counsel to a person to participate in terrorist activity,” the RCMP said following his arrest.The counseling charge stemmed from advice Hersi gave an undercover Toronto police officer playing the role of a Somali-Canadian who wanted to travel to Somalia to join Al-Shabab.On the witness stand, Hersi said he was not an extremist, did not support Al Shabab or terrorism and was simply on his way to Egypt to study Arabic when he was arrested .His defence lawyer, Paul Slansky, accused police of fabricating a confession the undercover officer said had occurred before police began recording Hersi’s conversations
Posted by Siad barre at 5:16 PM