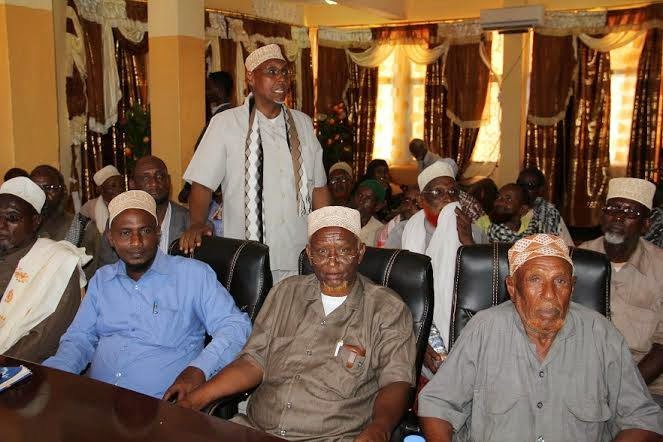 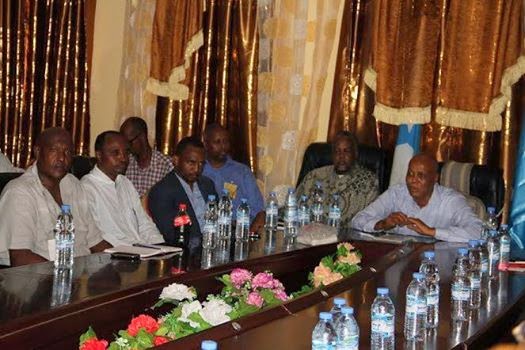 Mogadishu, Wednesday, 16 April 2014 – The Prime Minister of Somalia His Excellency Abdiweli Sheikh Ahmed and a delegation he is leading have been in Kismayo, the capital of the Interim Jubba Administration, on an official visit since Saturday, April 11th 2014. In keeping with his promise to meet with various sectors of the community, the Prime Minister met with traditional elders and women’s groups from Lower Jubba, Middle Jubba and Gedo regions in Kismayo as part of his efforts to accelerate the on-going reconciliation process in the Jubba regions.
In his meeting with the traditional elders, H.E. the Prime Minister praised their historic role in promoting peace and harmony within the different communities, and called on them to assume an even bigger role in reviving peaceful co-existence among the people of the Jubba regions. 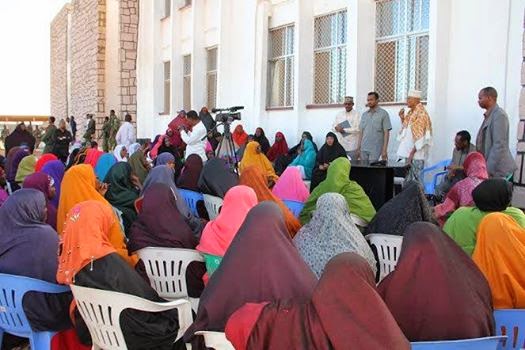 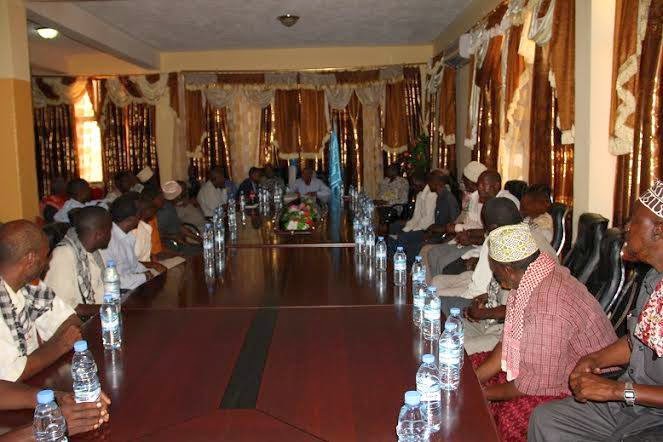 “The people of the Jubbas are brothers and sisters who have historically lived together in mutual respect and harmony while sharing everything they had. Today, there is a need to restore the brotherhood, collaboration and cooperation you were famous for. My government is ready to support the reconciliation effort from the grassroots level in the villages to the regional and federal state levels of Jubba,” said Prime Minister Ahmed while addressing the assembly of traditional elders. 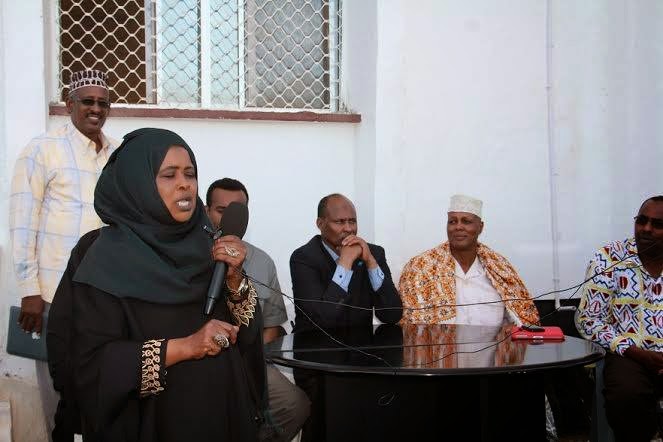 The Prime Minister also met with the members of various women’s groups from the three regions of Lower Jubba, Middle Jubba and Gedo. He asked for their support in peace-building while emphasizing his government’s commitment to advancing peace in the country by establishing working institutions and credible security and governance structures.
“The Somali women are an important part of our history in the key role they played in the country’s struggle for independence. We now need you to take a leadership role in reconciling the people and resolving the conflicts in Jubba,” H.E. Prime Minister Abdiweli Sheikh Ahmed told the women’s groups.
On their part, the traditional elders and women’s groups promised to support the government in its efforts to unify the people of Jubba and committed to work together to ensure prosperity and harmony in the Jubba regions.
Meanwhile, Prime Minister Ahmed and his delegation have been engaged in continuous meetings with the leaders of the Interim Jubba Administration. An official announcement is expected through the media to announce the results of these consultations once they are concluded.
--ENDS--
Posted by Siad barre at 9:07 AM