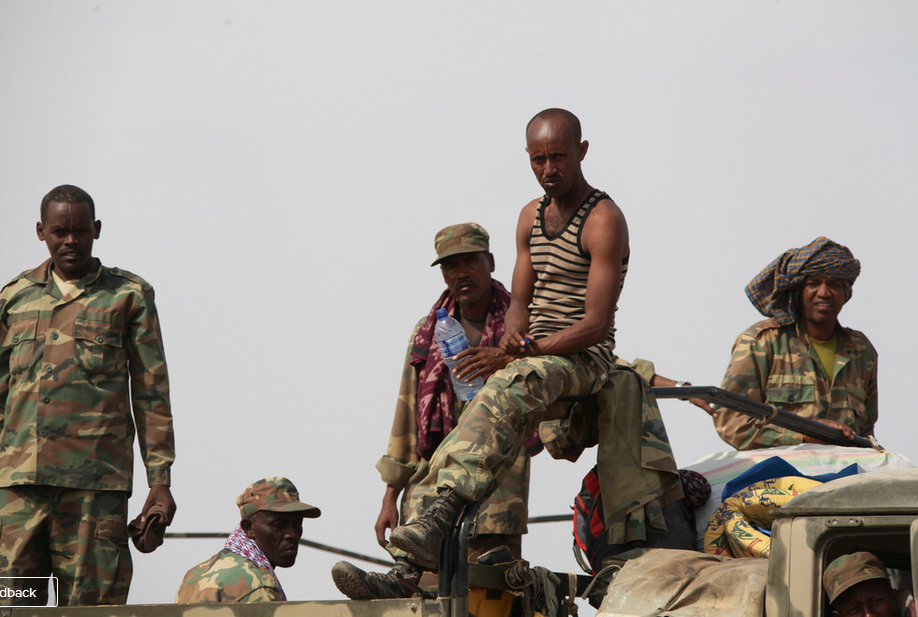 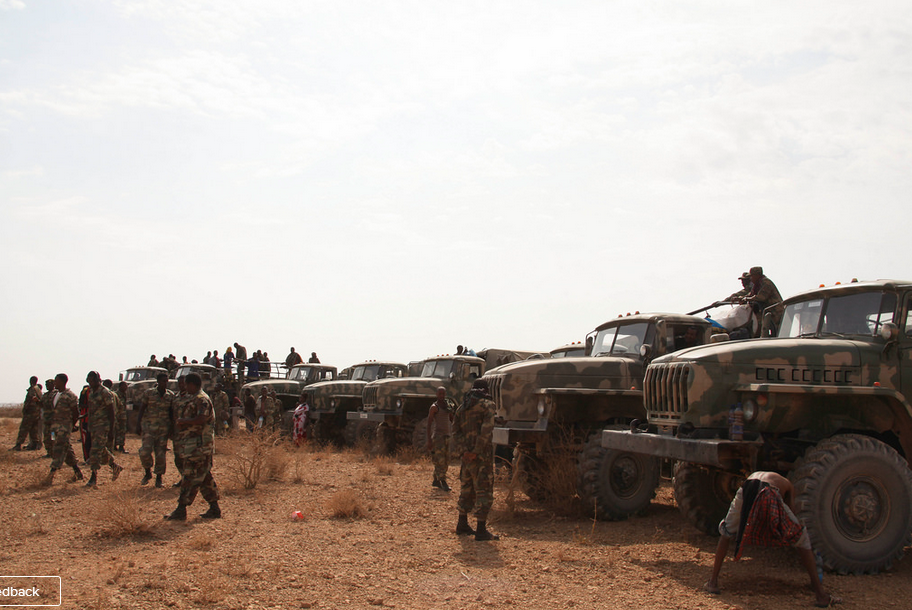 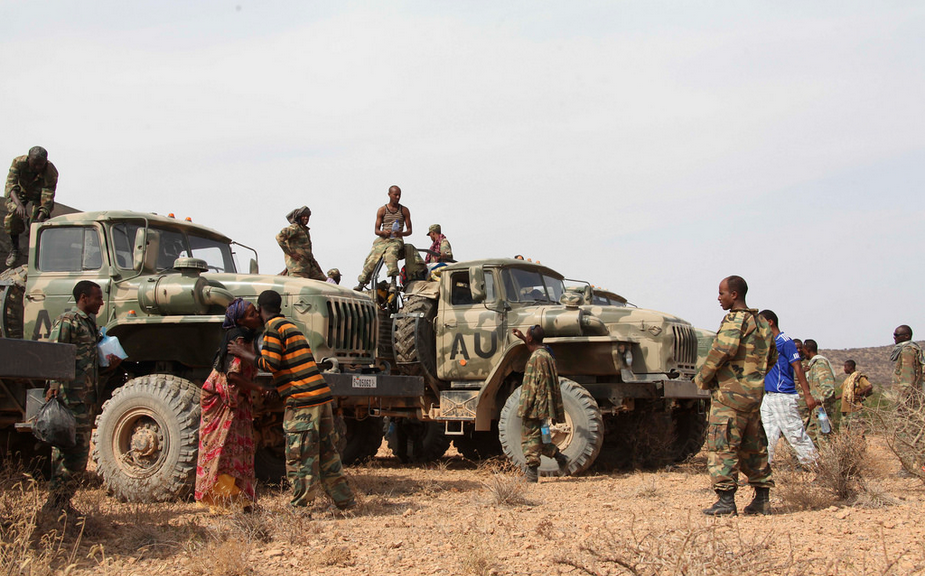 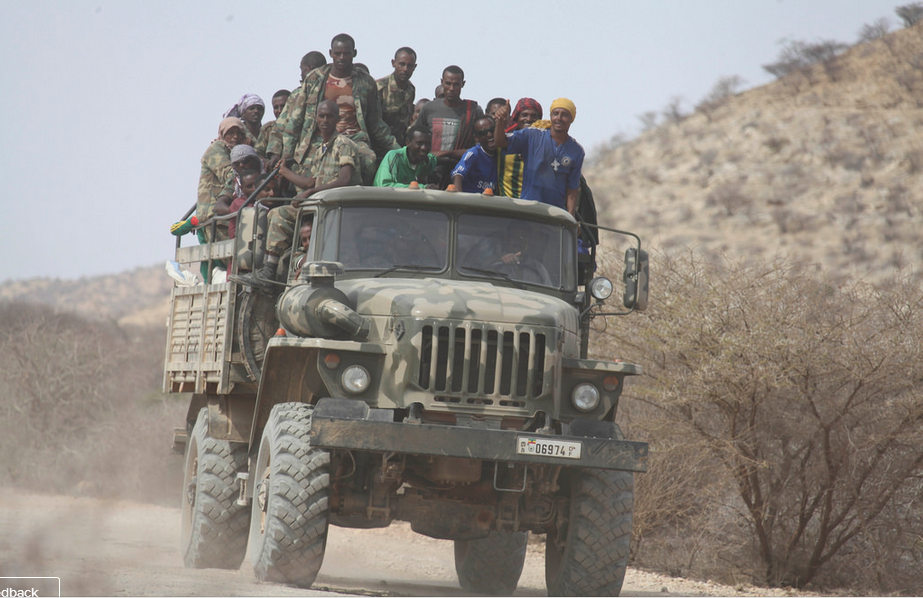 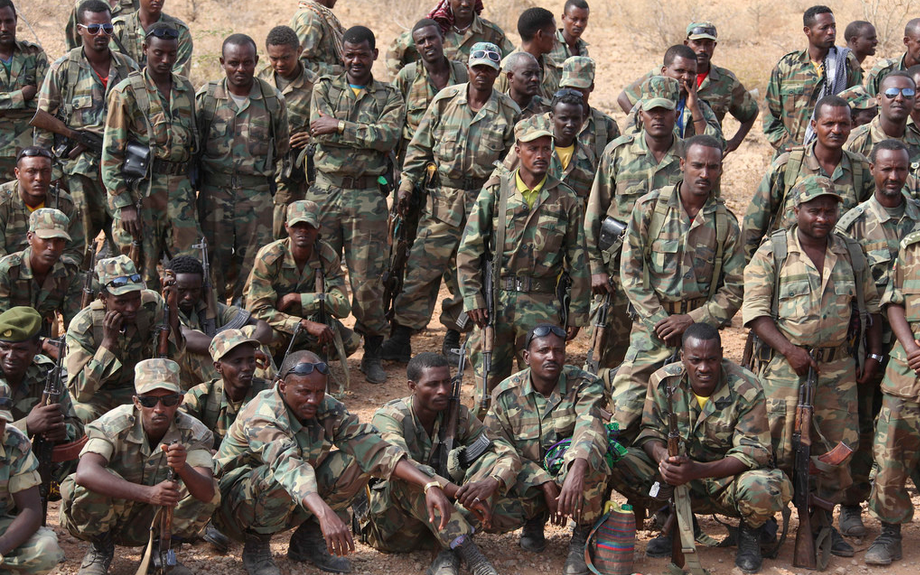 HUDUR (terrorfreesomalia) — The Somali national army, along with the Ethiopian troops, part of AU mission close in on the major Al Shebab-held strongholds in west and central of the horn of Africa country, terrorfreesomalia reports.
Al-Qaeda linked Shebab fighters are fleeing their key stronghold of Hudur, Buulo Burde and Mahas towns, ahead of an advancing column of government and African Union troops, military commanders said Saturday.
“We are few kilometers (miles) away from Hudur town, the capital of Bakool region and, God willing, we will complete the mission very soon,”said a Somali military commander, who is with the advancing government and AU troops across the arid plains.
Both Bulo Burde and Mahas are located in Hiiraan province, central Somalia.
“We moved from Elberde and not encountering much resistance and so far the Al shabab is fleeing,” he added. Hundreds of local People are fleeing fearing violence.
Long lines of trucks and buses piled high with people and their belongings lined the road towards towns near Ethiopian border, defying Government calls for civilians to remain in their homes.
However, army commanders said they were advancing on foot and avoiding the main road of the Hudur corridor to allow civilians to leave the battle zone.
Hudur is a strategic town in south west of Somalia,lies some 180km west of Baidoa city and its loss to Shebab would be another major blow for the group, who have been on the back-foot for several months.
terror free Somalia  reporter  "embedded"Somalia and Ethiopian troops 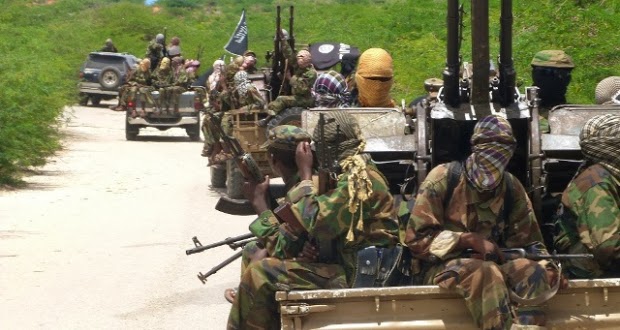 Bless those Ethiopian troops. They truly scare away the terrorists and even very capable of defeating those evil Islamists from our country.

Somalia owes these brave souls for mobbing up the remaining terrorists.

Last time the Islamists were sort of popular for bringing peace but the people finally saw their true colors, now they have no support and everything wants to cease and desist for once!