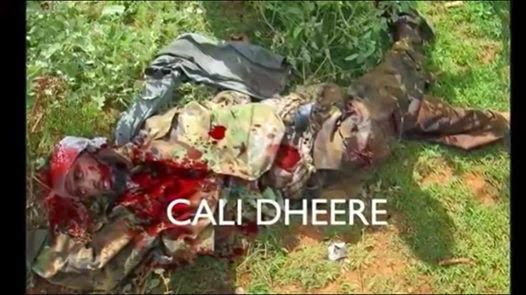 It Is Official,spokesman of Al-Shabaab Ali Dheere Bites the Dust (Hammertime) 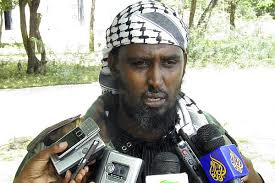 In one of the raids, an airstrike launched by the Kenya air force, the overall leader of Al-Shabaab, Muktar Abdirahman Godane (Muktar Robow) escaped two minutes before the first bomb destroyed a camp in Birta Dheere area of Somalia.

The airstrike killed more than 30 Al-Shabaab leaders who had assembled for a strategic meeting on leadership and militant deployment.

Others sustained serious injuries and later succumbed to those injuries.

One of the top commanders killed in the airstrike was Ali Rage also known as Ali Dheere.

Another of the senior commanders killed was a Kenyan from Garissa known only as Gamadhere.

Others killed in the airstrike are Zakur Bin Khalid, an experienced militant, Abdi Malik and Ubeyda.

All three are of Arab origin.

Another commander killed by the Kenyan forces was Abdirahman Halane, a man of Somali origin who coordinated the militant activities in Birta Dheere.

Two commanders of British origin besides four others of different nationalities were killed in the attack.

Kenya military ranks as 46th in the world as most powerful and disciplined. 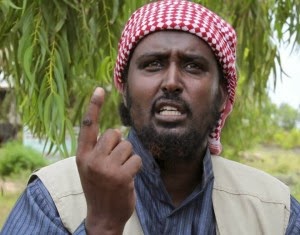 Intelligence reports from Strategic Intelligence Resources in Somalia hint Kenya Defense Forces have killed Al-Shabaab spokesman Sheikh Ali Dheeere.If Al-Dheere is dead, then this is worst and most lethal blow to the Al-Shabaab leadership.
He was not only their spokesperson, but a key player in the command chain of the militants.
Kenya Defense Forces have been carrying out preemptive airstrikes and commando raids in Somalia targeting Al-Shabaab bases and leadership.
The killing of Al-Dheere is the most lethal blow to Al-Shabaab leadership.It shows Kenya forces can anytime infiltrate and kill the top leadership of the militant-terror group that has destabilized Somalia.
In the past two months, Kenya Defense Forces have successfully destroyed bases, killed hundreds of militants, and pushed the terror network out of its key forward bases.
Ali Dheere has been on the wanted list of terror operatives.
Posted by Siad barre at 6:46 AM