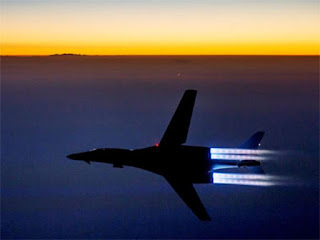 US aircraft attacked southern Somalia, killing more than 100 Al-Shabaab militants, including 20 commanders, residents and officials have said according to nation.co.ke.
Witnesses said the planes targeted the militants’ hideouts in Wargaduud and El-Adde where many Kenyan soldiers were killed by the terrorists in January 2016.
Among senior Shabaab commanders killed in the dawn attack that also destroyed two Vehicles Bound Explosive Devices at Wargaduud were Abdirahman Fillow and Abdirahman Ben Dutie. Dutie was from Marehanrer Dalal section.
“In Wargaduud and El-Adde, US airstrikes killed 20 Al-Shabaab commanders, among them Abdirahman Fillow and about 85 militants,” said a security official who declined to be named.
SIEGE CONTINUES
“The strike happened at 2am and the siege continues.”
Residents in El-Adde reported hearing explosions just after midnight on Friday.
“There was heavy bombing on an Al-Shabaab base near El-Adde Town but we don’t know the number of casualties. We heard sounds of jets and then explosions,” a resident said.
The bombardment came after US military officials said soldiers had been deployed to Somalia to train and equip the national and African Union forces fighting the terrorists.
The team is carrying out a train-and-equip mission that is expected to last through the end of September, according to American officials.
SPECIAL OPERATIONS
The US soldiers will join the small number of special operations forces already in Somalia providing counterterrorism support to local forces.
America maintains a small unit of about 50 troops in the country, mainly to advise and assist Somalia and Amison soldiers. When called in, their helicopters, drones and manned aircraft are available for quick response.
President Donald Trump in March granted additional powers to US Africa Command to conduct counterterrorism strikes against the terrorists.
HIGH ALERT
The bombing came just hours after Kenyan security agencies were put on high alert following reports that nine Kenyans who had joined Al-Shabaab in Somalia could be headed back to the country to launch attacks.
The alert said the terrorists were returning home following sustained attacks by Kenya Defence Forces troops who are part of Amisom.
Police asked Kenyans to be on the alert and report any suspicious people. The attacks were to be carried out during the Easter weekend, according to the police report.
In the last one month, Kenyan troops say they have killed at least 90 Al-Shabaab terrorists in Somalia, “which has weakened the group’s capability to launch attacks”.
Posted by Siad barre at 6:36 AM