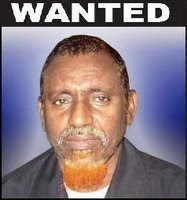 MOGADISHU —The leader of the Alliance for the Re-liberation of Somalia Sheik Hassan Dahir Aweys has taken over the leadership of Hisbul Islam Insurgent group on Tuesday.
Dr. Omar Iman said he handed over the cha

irmanship of the group to Sheik Hassan Dahir Aweys and added the group agreed the issue. Sheik Aweys, who spoke to the reporters, said he accepted the leadership of Hisbul Islam and welcomed it. Dr. Omar Iman(left)and Sheik Aweys(right) file photoIt is not known the reason behind the decision of why Dr. Omar Iman handed over the power of the Insurgent group. Hisbul Islam comprises four insurgent groups and it was formed after the Somali parliament elected Sheik Sharif Sheik Ahmed as the president of Somalia. Hisbul Islam is allied with al-Shabaab and they are jointly fighting against the Somali fragile government
Somali radical takes over militia
http://news.bbc.co.uk/2/hi/africa/8070144.stm
Aweys to lead Hizbu Islam militants
http://www.nation.co.ke/News/africa/-/1066/603754/-/13a1f05z/-/index.html
Posted by Siad barre at 4:00 PM