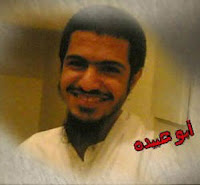 NEW YORK – Authorities revealed Wednesday that an American — charged with giving al-Qaida information on the New York transit system and attacking a U.S. military base in Afghanistan — has been a secret witness in the fight against terror both here and overseas.
Court papers unsealed in federal court in Brooklyn identified the defendant as Bryant Neal Vinas, also known as "Ibrahim."His identity had been kept secret since his indictment late last year. Court papers indicate that he pleaded guilty in January in a sealed courtroom in Brooklyn.
Federal prosecutors refused to discuss his background Wednesday. But a law enforcement official, speaking on condition of anonymity because the official was not authorized to discuss the case, said Vinas provided critical information that led to a security alert about the New York City subway system last year.Federal authorities issued an alert around Thanksgiving last year saying the FBI had received a "plausible but unsubstantiated" report that al-Qaida terrorists in late September may have discussed attacking the subway system around the holidays. The origin of that report, the offical said, was Vinas.The official described Vinas as a militant convert who was captured last year in Pakistan..more..http://news.yahoo.com/s/ap/20090722/ap_on_re_us/us_american_al_qaida
Posted by Unknown at 12:19 PM