Details are beginning to emerge about how some dozen young Somali-Americans from Minneapolis ended up in the ranks of a terrorist group in Somalia called al-Shabab.
Some of the mystery surrounding the case cleared Tuesday when the second of two men charged so far pleaded guilty to providing material support to a terrorist

organization.
Salah Asman Ahmed habar-gidir hawiye told a federal judge that he had attended clandestine meetings in Minneapolis in which people convinced him that he needed to return to Somalia to fight for his homeland. At the time he was recruited, Ethiopian troops had invaded Somalia. The men who encourage the young men to take up arms told them that it was their duty — as good Somalis and good Muslims — to fight for their homeland. More Details Emerge Ahmed told U.S. District Judge James Rosenbaum that he initially left Minneapolis to fight the Ethiopian troops, but ended up in the arms of al-Shabab instead, training to use machine guns and how to fight. He said he also helped build a camp for the group. "I just helped cut trees and stuff at the camp," Ahmed told the judge. Ahmed provided the most detailed public account to date of how it is a bunch of Somali-American youth ended up in a terrorist training camp half a world away from Minnesota. Ahmed said he was approached in October 2007 by people who said, "Ethiopians have taken over the country, so we need to go back to Somalia to fight the Ethiopians." At that time, the Ethiopian army was occupying Somalia. It took whoever recruited the young men just two months to conv 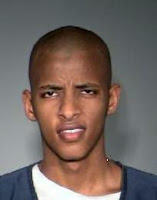 ince the first group to go. They left Dec. 10, 2007. The last group to travel from Minneapolis left on Nov. 4, 2008. The State Department declared al-Shabab a terrorist organization in March 2008.Concerns About An Attack In U.S.The FBI and other law enforcement officials have been investigating the case for nearly a year. Privately, they have called this the most significant domestic terrorism investigation since the Sept. 11, 2001 attacks. While most of the missing young men have come from Minneapolis, the FBI has been pursuing similar cases of disappearing Somali youth in San Diego, Boston and Cleveland, among other U.S. cities. ..more..http://www.npr.org/templates/story/story.php?storyId=111341852
Posted by Siad barre at 8:29 PM