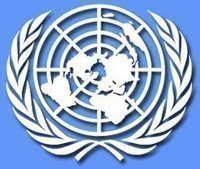 UNITED NATIONS, July 29 (Reuters) - A small group of Somalis granted asylum by the United Arab Emirates are suspected of supporting piracy in the lawless Horn of Africa nation of Somalia, a senior U.N. envoy said.U.N. special envoy to Somalia, Ahmedou Ould-Abdallah, told Reuters in an interview on Tuesday that he believed "some elements of the Somali community in Dubai are involved in a number of activities which are undermining peace in Somalia."Those activities include piracy, illegal weapons transfers that skirt a U.N. arms embargo, and possibly indirect financial support for Islamist-led rebels who the government is struggling to subdue, he said. He added that the number of individuals involved was small, probably around half a dozen."But this is big money," Ould-Abdallah said.The U.N. envoy stopped short of urging the authorities in Dubai, the financial hub of the Middle East, to crack down on any Somalis involved in such activity. But he called on those with asylum not to get involved in any illegal activity.Ould-Abdallah will brief the U.N. Security Council on Wednesday on the situation in Somalia. Among the things he said he would urge the 15-nation panel to do is to voice its support for the transitional government of President Sheikh Sharif Ahmed and to ask him to continue talking with the opposition....more..http://www.reuters.com/article/latestCrisis/idUSN28211208
Posted by Siad barre at 12:57 AM